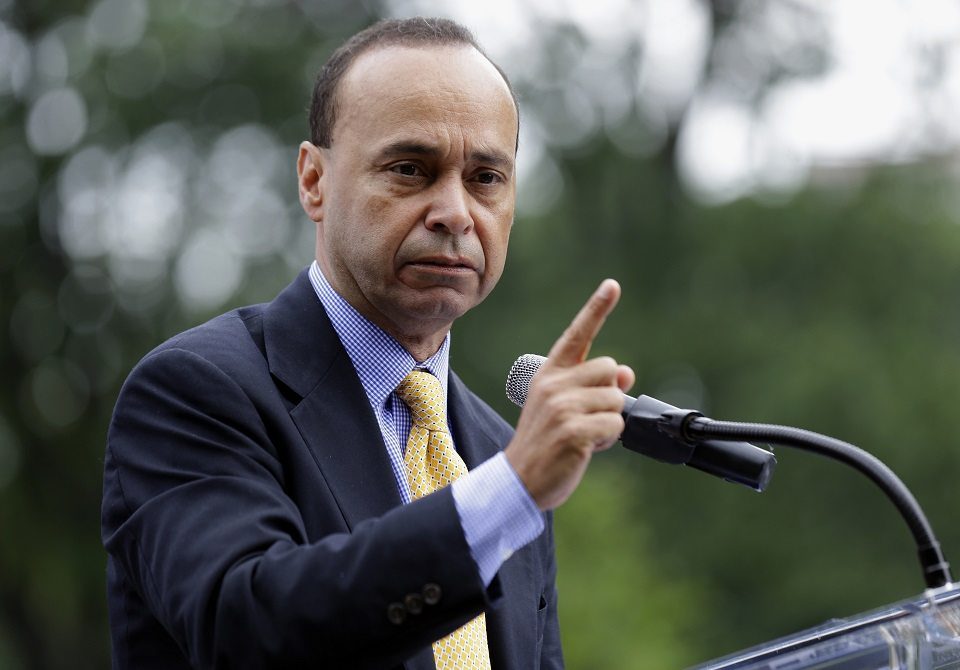 UPDATED: It has now been a full 30 days that the Trump administration has stonewalled requests from the Congressional Hispanic Caucus to arrange meetings with multiple federal agencies in charge of immigration policy enforcement.

UPDATE: It has now been 30 days since the Congressional Hispanic Caucus formally requested a meeting with U.S. Immigration and Customs Enforcement (ICE) Acting Director Thomas Homan, as the Trump administration has ratcheted up immigration restrictions and deportations. The agency has still not set a time to meet with the members of Congress, preventing them from fulfilling their duty of providing oversight of the agency at a critical time.

At the same time, the agency has sent out tweets warning that the Deferred Action for Childhood Arrivals (DACA) program could be "revoked anytime." In a letter objecting to the threatening message, the Caucus protested, "We ask that ICE use its limited resources to target violent criminals and not to harass and deport young immigrants who are productive and engaged members of society."

A congressional staffer told Shareblue about the alarming lack of response from the Donald Trump administration, as immigrant communities and families are ripped apart by policies described as a crackdown on "bad hombres."

"We are having a hard time getting a meeting with ICE," the staffer explained. Indeed, members of the Congressional Hispanic Caucus are now on their third attempt at arranging a meeting with an agency under Trump’s control.

On February 11, members of the CHC requested a meeting with U.S. Immigration and Customs Enforcement (ICE) Acting Director Thomas Homan to discuss the wave of immigration raids that Trump has ordered across America. The members wanted information from the agency in order to address "fear and panic among immigrant communities" resulting from the new, harsher policies.

Members of the caucus were kicked out of a February 16 meeting with Homan, in a move apparently engineered by Speaker Paul Ryan. Rep. Luis Gutierrez (D-IL) told Politico, "I've been here 25 years and I've never been told by the Speaker of the House that I can't attend a meeting I've requested."

The members sent a follow-up request for a meeting on the 16th, but still have not been scheduled for a discussion with Homan.

Now the caucus has requested a meeting with U.S. Customs and Border Protection (CBP) Acting Commissioner Kevin K. McAleenan to discuss "significant and troubling changes at the US-Mexico border" that have come about as a result of Trump’s executive orders.

These policies are affecting millions of people, but the duly elected Congressional representatives of many of those families are being prevented from performing vital oversight. It is impossible to know if the law is being adhered to or to uncover if any abuses are taking place if oversight is not allowed.