Home National US officials have no idea whether Trump made a secret deal with...
Support progressive journalism.
Donate today 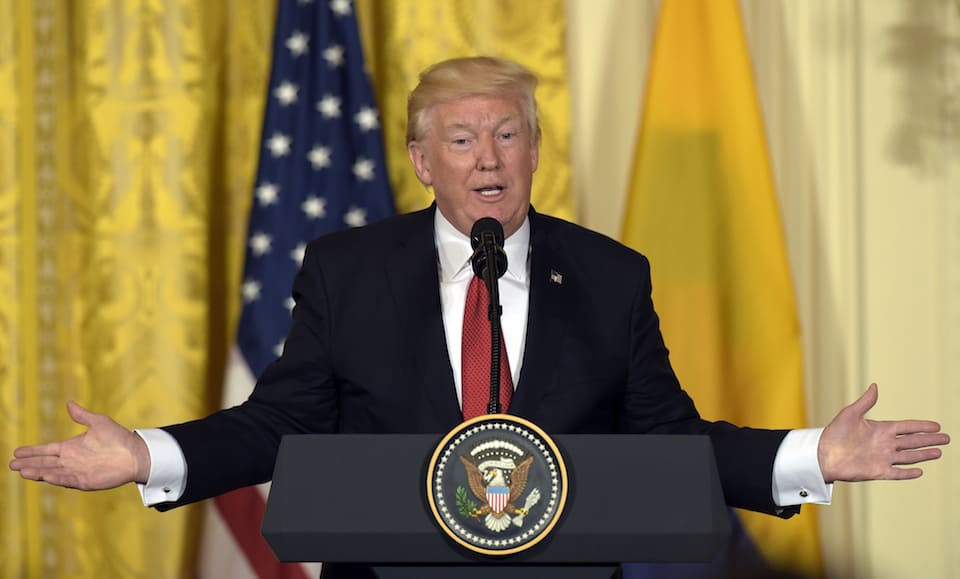 Russia says Putin and Trump made a deal. That's news to U.S. officials.

Days after Trump's meeting with Russian dictator Vladimir Putin in a one-on-one meeting that remains needlessly shrouded in secrecy, U.S. officials are still not sure what they discussed.

And that's true of top-ranking security officers who appear to be uncertain whether Trump made some sort of military pact with Putin during their closed-door summit in Helsinki, Finland, on Monday.

"The White House and Pentagon would not confirm any agreements had been made or offer any details," CNN reports.

Russian officials, however, are clearly under the impression that an agreement was reached.

"The Ministry of Defense of the Russian Federation is ready for practical implementation of the agreements reached between Russian President Vladimir Putin and US President Donald Trump in the sphere of international security achieved at the Helsinki summit," Maj. Gen. Igor Konashenkov, a Russian military spokesman, said in a statement Tuesday.

The Russian military "is ready to intensify contacts with the US colleagues in the General Staff and other available channels to discuss the extension of the START treaty, cooperation in Syria, as well as other issues of ensuring military security," Konashenkov said.

Despite the unambiguous language from Russian officials, the U.S.'s National Security Council would neither confirm nor deny that Trump had agreed to a military contract during his one-on-one with Putin.

"We are reviewing the discussion between President Trump and President Putin, considering possible next steps, and have nothing further to announce at this time," an NSC spokesman told CNN.

Possible translation: We're still trying to figure out what happened in Helsinki.

The Pentagon offered up no comment on the matter.

"Defense Secretary Jim Mattis, meanwhile, did not attend the summit and has not appeared in public this week," the Washington Post noted.

Senators on the both sides of the aisle seem to be scrambling to piece together what happened.

"I believe the Senate Foreign Relations Committee should hold a hearing with the American interpreter who was present during President Trump and President Putin's private meeting to determine what was specifically discussed and agreed to on the United States' behalf," Sen. Jeanne Shaheen (D-NH) announced.

Sen. Graham tells Post that Sec. Pompeo is likely going to be called to testify ASAP since senators are wondering what actually happened in Helsinki and whether deals were struck with Putin

Trump and Putin met with only translators present. It's still not known what the two men discussed, which has led to confusion about what, if any, security deal was agreed to outside the earshot of aides and observers.

The confusion and concern about what Trump might have agreed to during his Putin meeting is the latest fallout from the disastrous sit-down, after which Trump launched attacks on U.S. law enforcement and intelligence agencies. Trump defiantly sided with the Kremlin in suggesting Russia played no role in attacking U.S. elections in 2016.

Trump's adamant demand for secrecy when dealing with Putin only raises suspicions about the relationship between the two leaders.