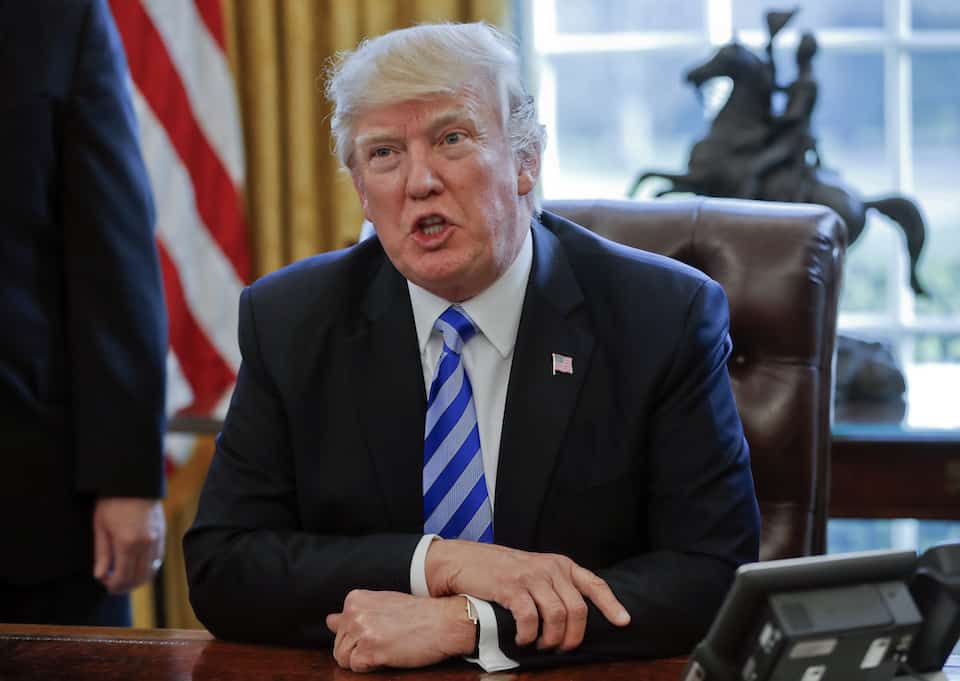 Donald Trump involved several figures associated with Russian mafia activity in his business dealings, according to a new report from USA Today.

The newspaper documents at least 10 different figures from Russia with ties to criminal organizations and money laundering that did extensive work with Trump.

Evidence clearly shows Trump was lying when he said, "I have no dealings with Russia." What is not known is the extent to which Russian crime money comprises Trump's net worth (and ongoing income) because he has refused to release his tax returns (and congressional Republicans continue to help him cover them up).

Felix Sater: Sater, a Russian immigrant, was Trump's partner in the Trump SoHo project, one of his luxury hotels in lower Manhattan. Sater spent a year in prison for stabbing a man in 1991 and was convicted of a $40 million stock manipulation and laundering scheme in New York. While traveling in Russia looking for investments, he identified himself as a senior adviser for the Trump Organization.

Alexander Mashkevich: Mashkevich, a mining billionaire from the former Soviet republic of Kazakhstan, also helped to bankroll Trump SoHo. He was accused in Belgium of being behind a $55 million money-laundering scam, a charge for which he paid a fine and admitted no wrongdoing.

In addition to these connections in Trump's recent past, the FBI and Congress are also probing former Trump campaign chairman Paul Manafort. Manafort has secretly worked on the behalf of pro-Russian elements and has been involved in multiple opaque financial transactions that have raised red flags with law enforcement experts.

The Republican effort to prevent investigations into Trump's Russian connections is ongoing, but is unlikely to be successful in the long run. Nearly every day new information comes out, and each day Trump's unsavory connections to that region and its rogue leadership is exposed.