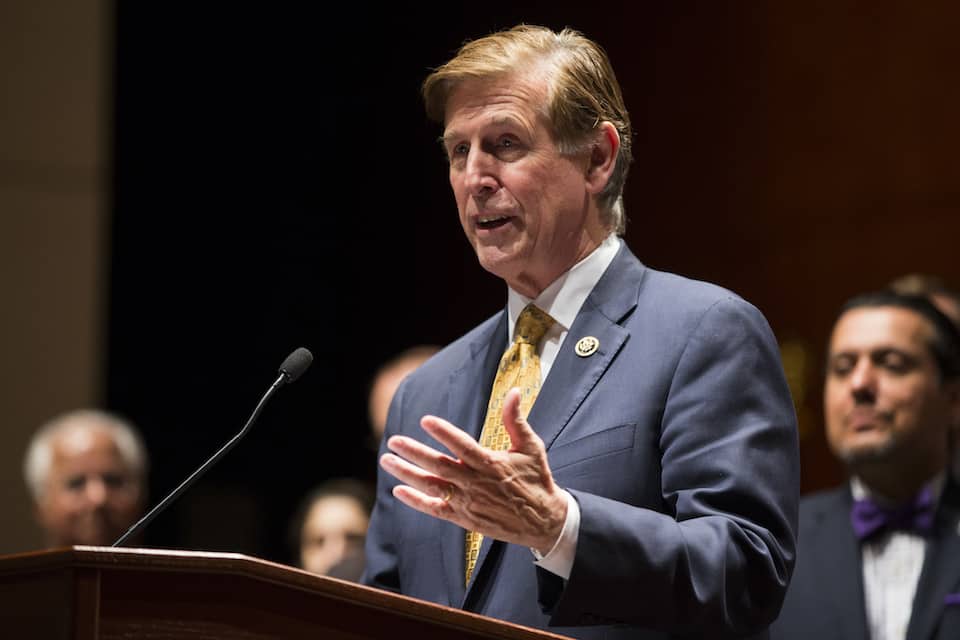 Rep. Don Beyer (D-VA) took to the floor after air strikes were launched against Syria to make clear he would still be demanding an independent investigation into Donald Trump's relationship with Russia because his constituents demand answers. And he is not alone.

Rep. Don Beyer (D-VA) took to the House floor to say that the recent airstrikes launched by Donald Trump in Syria would not distract him from pushing for an independent investigation of Trump's ties to the Russian government and its attempts to influence the 2016 election.

Speaking just hours after the strike had taken place, Beyer stuck to his guns.

BEYER: Mr. Speaker, I rise today to express my constituents' demand for an independent investigation of the Trump-Russia scandal. Since mid-November, this has been a major issue for the people I represent, who are deeply concerned about protecting democratic elections.

Among their concerns are the following: Changes last July to the Republican Party's platform that are beneficial to Russia, which the Trump campaign spearheaded. A few days later, Trump's call on Russia to launch a cyberattack against former Secretary of State Hillary Clinton. Trump's refusal to say anything negative about Vladimir Putin, such as his terrible record on human rights or his crackdown on dissent. The intelligence community's consensus that Putin directed a campaign of weaponized information against Hillary Clinton. And the implication of numerous Trump advisers in unseemly relations with Russia – including Michael Flynn, Jeff Sessions, Roger Stone, Paul Manafort, Michael Cohen, and Carter Page.

My constituents have watched as the House Intelligence Committee's investigation lapsed into confusion and obfuscation, obviously at the behest of the White House. Last month that committee cancelled public hearings, which would have included the testimony of former Acting Attorney General Sally Yates.

Rep. Maxine Waters (D-CA), who has been a dogged leader of resistance to Trump since day one (and come under attack from his allies in the process), registered her defiance as well. Drawing a line in the sand she tweeted, "Trump has flip flopped & been all over the place on every policy position except his admiration of Putin.  I'm not distracted."

Trump has flip flopped & been all over the place on every policy position except his admiration of Putin. I'm not distracted. #trumprussia

While the mainstream media is distracted by the pictures, sounds, and video of airstrikes in Syria, the need to focus on the important stories behind the spectacle is even greater. Reps. Beyer and Waters are leading the way, refusing to be distracted and continuing to demand answers.