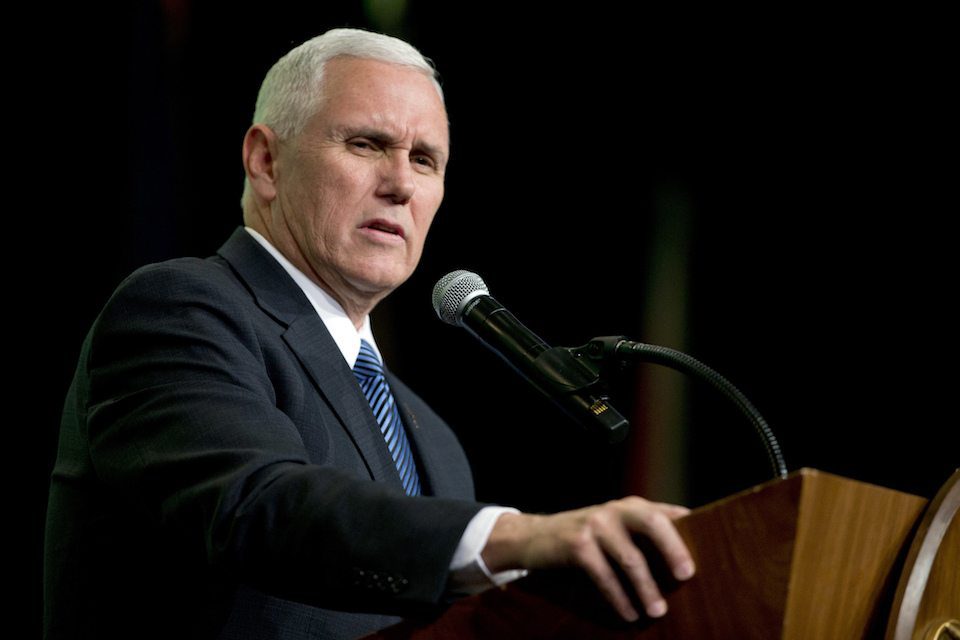 The Congressional Budget Office scored the repeal-only approach to Obamacare endorsed by Mike Pence, and the impact is even worse than the GOP's previous gambit: 32 million Americans stripped of health insurance.

The Congressional Budget Office (CBO) has released its score on the repeal-only option for health care preferred by Mike Pence, and it is even more of a disaster than the replacement plan the GOP has failed to push through.

As Republicans became concerned that the so-called Better Care Act, with its draconian cuts to Medicaid — over $700 billion worth — would not pass the Senate, Pence publicly endorsed the approach that would only repeal Obamacare, while promising to replace the legislation in the future.

In an appearance with far-right radio host Rush Limbaugh, Pence said, "If they can’t pass this carefully crafted repeal and replace bill — do those two things simultaneously — we ought to just repeal only."

The originally proposed bill does not have the votes to pass, so the repeal-only bill was submitted to the CBO. Instead of the 22 million who would lose health insurance under the current proposal, the new analysis shows that would skyrocket to 32 million people losing their coverage by 2026.

Even in the short term, the repeal-only plan would introduce catastrophic instability to American lives. The CBO determined that in less than a year, by 2018, 17 million people would become uninsured.

And insurance premiums, which Republicans claim they are very concerned about, would jump by nearly 100 percent within the next 10 years, according to the analysis.

So under Pence's repeal-only option, millions of people would quickly lose coverage, and millions more would soon follow them.

While Pence has been campaigning to be a viable replacement for Trump should he be unable — by whatever means — to fulfill his term, their health care approaches are just varying degrees of destructive.

That's probably why voters find them equally unable to lead.

The only option on the table that would help millions of Americans is the preservation of Obamacare — something the majority of Americans want.