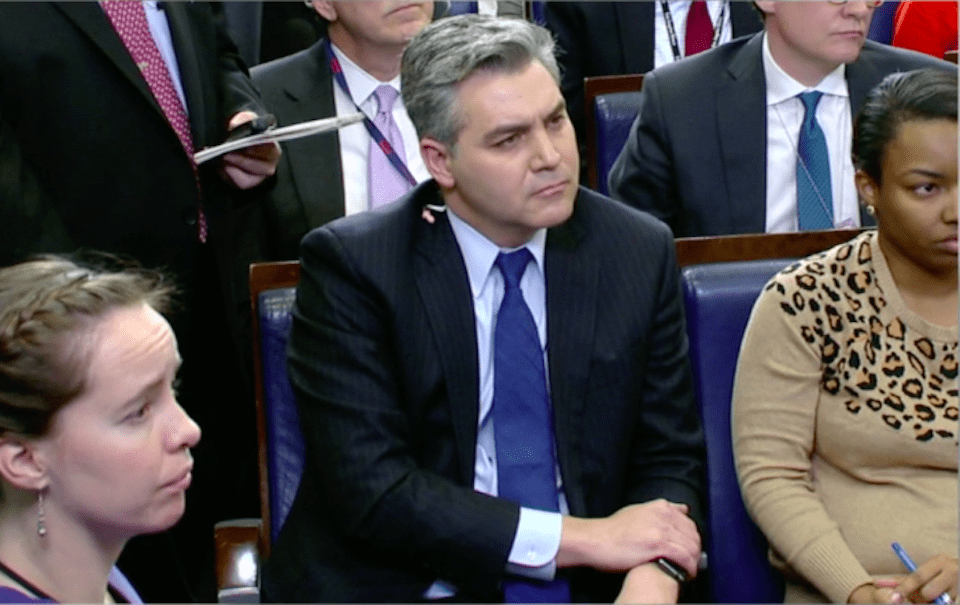 At least one veteran White House reporter has had enough, and he's proposing action.

Donald Trump declared the media the enemy months ago. It was a dangerous, dictatorial assertion that drew wide criticism from across the political spectrum.

His threats to a free press have only intensified since, and the White House press team has followed suit.

Month ago, the White House banned from a press briefing major news outlets that had all broken or urged the pursuit of major stories about the Trump team’s ties to Russia. In response, more than 300,000 people called for the press to stand up to Trump's black list, and the Society of Professional Journalists stood by the journalists who were banned.

But little has changed.

And the administration's behavior has grown even more dangerous, repeatedly giving access to Russian media to the exclusion of U.S. press, and even compromising national security by allowing Russian state media in the Oval Office. As recently as this week, White House press secretary Sean Spicer allowed a Russian news sources to ask a question, but not CNN.

That took place at an off-camera briefing with Spicer at which audio recording was not even allowed. In fact, Trump has not given a TV interview in weeks, and the White House has not allowed cameras or audio recording of a press briefing in over a week.

Following that briefing, CNN's White House reporter Jim Acosta called out the White House's "bizarre" behavior. But he wasn't finished. In a late evening appearance, he suggested that the media needs to do something about it.

ACOSTA: This is something that mainstream news organizations are going to be reluctant to do, we are going to have to consider banding together and saying, you know what, we're not going to cover your gaggle, we're not going to cover your briefing if you're just going to have this press briefing going on in the briefing room without video or audio. That is just too strange and bizarre and out of the tradition of covering the White House and we're just not going to do it. The question becomes, and herein lies the rub, do these news organizations band together and do this? I'm not saying that they won't. It's a very difficult thing to pull us all together, you know.

Acosta is right. It would be enormously difficult to pull off. News organizations compete for access and are reluctant to give it up. But by banding together, they could send the clear and important message Acosta recommends: Media accountability, a cornerstone of our democracy, depends on transparency. The White House's behavior is not normal. And it's not acceptable.