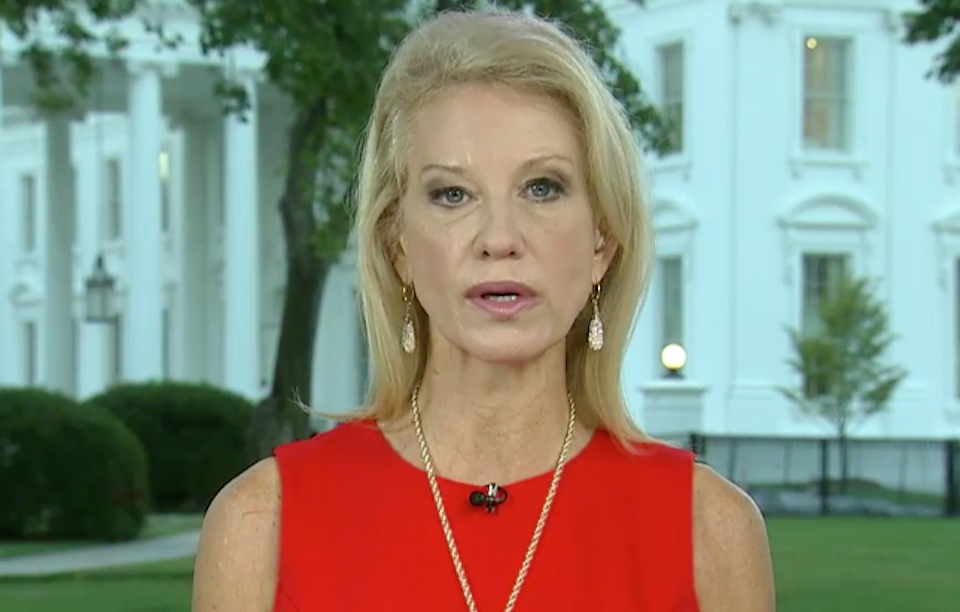 "It is the national anthem, not the military anthem."

Some U.S. veterans have had enough of the Trump administration trying to use the debate about silent social justice protests at NFL games and turning them into supposed attacks on the military.

Trump’s floundering cultural war against the NFL is all about trying to rile up his nationalist base by portraying mostly black players in the NFL as being unpatriotic and ungrateful. And specifically, falsely portraying them as attacking the U.S. military, when they're doing is pausing during the pre-game to bring attention to policy brutality against black communities.

The White House and the right-wing media desperately want to conflate the acts of social justice protest into attacks on the military.

One veterans group is pushing back.

“None of the players are protesting the military. Neither the flag, nor the anthem, belongs to veterans or the military, anyway. It is the national anthem, not the military anthem,” stresses Jon Soltz, an Iraq War veteran and chairman of the veterans' advocacy organization VoteVets, in a statement to Shareblue Media. “All of the players, and fans, have shown us nothing but respect.”

Still, the pro-Trump Fox News continues to obsessively push the concocted, anti-military angle. And on Wednesday morning, White House adviser Kellyanne Conway once again tried to hide behind the American flag while touting the same misleading talking points during her “Fox & Friends” appearance:

.@KellyannePolls on NFL anthem protests: "The president is supporting the flag and everything that it stands for." pic.twitter.com/FCws8gcDHw

CONWAY: This is about the president standing for the national anthem and the flag, and I think more importantly showing, unity across the country for many people who agree with that.

In fact, a new poll shows that a majority of Americans, including a majority of NFL fans, do not support Trump's attacks on NFL players and their right to protest.

CONWAY: I think there is an important lesson here as a mother of young children, there's a very important lesson. I want them to understand what that flag means. Everybody in this country knows an active military person, knows a veteran, is touched by the veteran community. And I think that General Dunford put it best. You have to really remember what that flag stands for. I was talking to somebody who lost a loved one overseas in combat. And basically said there's a reason that the flag comes back, that that coffin comes back to Andrews Air force Base draped in our American flag. And that really, I think, brought it home for me.

For the record, military men and women who have given their lives for their country land at Dover, not Andrews Air Force Base. But more importantly, using the imagery of dead America troops to justify Trump’s demand that protesting NFL players be fired goes way over the line.

“We at VoteVets would urge Kellyanne Conway and everyone in the Trump administration to stop making civil rights protests during the anthem about us veterans and troops,” says Soltz. “The White House should stop worrying about peaceful protests during the anthem, and worry more about protecting health care for millions of veterans who receive Medicaid, and health insurance through the ACA. ... They’re the ones who are out to hurt us, not kneeling football players.”