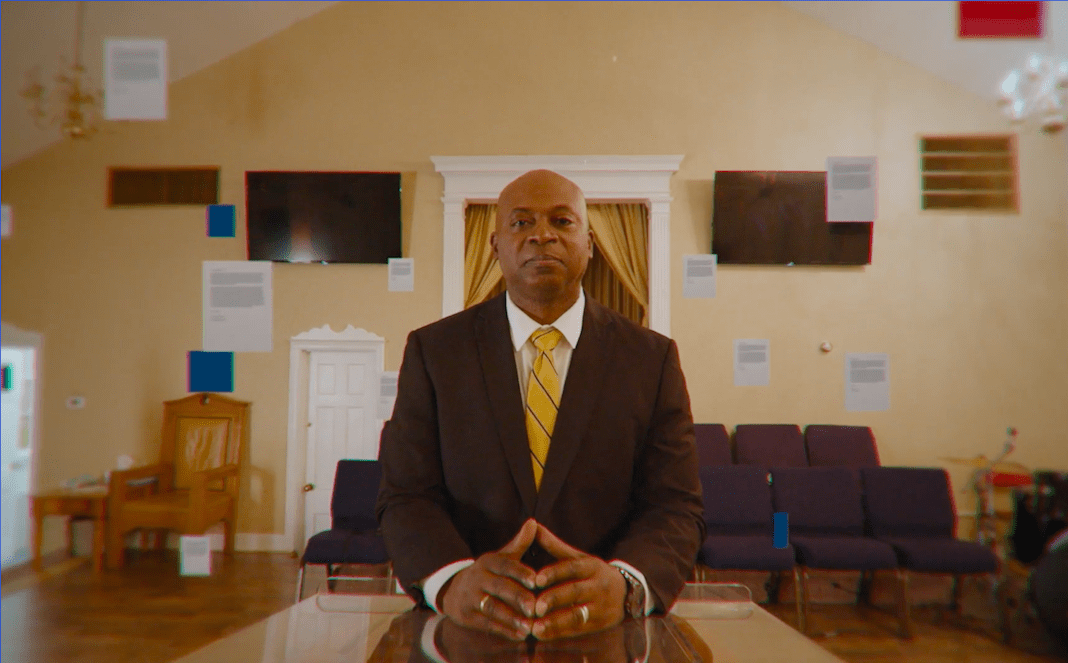 Leon Benjamin
Get The American Independent in your inbox

On Saturday, Republicans in the district nominated Leon Benjamin, a right-wing theocrat who has twice lost decisively in previous races for the seat.

Virginia Republican Gov. Glenn Youngkin, Lt. Gov. Winsome Sears, and Attorney General Jason Miyares all endorsed Benjamin in his most recent campaign, leading up to his loss to McEachin on Nov. 8. McEachin died on Nov. 28.

The district includes the city of Richmond, some of its suburbs, and areas to its south. Its population is about 16 points more Democratic-leaning than the median U.S. House district, according to the Cook Political Report.

Benjamin, who holds the positions of chief apostle and presiding prelate of New Life Harvest Churches in Richmond, was an informal religious adviser to former President Donald Trump. Benjamin's campaign website calls him the "right choice for a strong Virginia" and emphasizes his "commitment to protect and restore your God-given and Constitutional rights."

That "commitment" has included opposing equal rights for LGBTQ Americans. In 2010, Benjamin participated in a webcast with anti-LGBTQ hate groups to oppose lifting the military's ban on gay and lesbian people serving openly, RightWingWatch reported.

A Christian nationalist, Benjamin has urged the United States to move toward becoming a theocracy. Benjamin subscribes to the "Seven Mountains Mandate," which holds that the Christian Church is meant, as he put it in a speech, to "rule and reign in the Earth."

In the speech, delivered at a right-wing "ReAwaken America" conspiracy rally in July 2021, Benjamin said:

What happens when the Church is not apostolically uniformed? We don't have the true mission of what Jesus said in Matthew 28:19, which was, 'Go ye out into all the world' — go ye into government, go into education, go into economy, go into sports and entertainment, go into media, go into a religion — 'and teach all nations and baptize them.' That means we should be baptizing presidents!

Benjamin has embraced false claims that Trump was the legitimate winner of the 2020 presidential election and attended Trump's Jan. 6, 2021, "Stop the Steal" rally in Washington.

He has also baselessly claimed to have been a victim of election fraud.

In January, he told another ReAwaken America rally that a Christian leader would not encourage people to wear face masks or get vaccinated to curb the spread of COVID-19:

"You have no more chances unless you repent for telling people to take the virus, to take the shots, to shut your churches down, come on, to wear a mask. You are a false prophet. ... The Devil is a liar! God would never cover the mouth of a true prophet!"

Benjamin has dismissed the threat of climate change and has objected to using taxpayer revenue to address the issue, according to the progressive site Blue Virginia.

"Taxing people and corporations into oblivion does NOTHING to mitigate climate change!" Benjamin tweeted in February. "You cannot tax Mother Nature."

On his campaign site, Benjamin calls for increased oil and gas drilling while claiming the nation can achieve "energy independence" by restarting the Keystone XL pipeline project to import tar sands oil from Canada.

On the issue of education, the site calls for the removal of "all CRT teachings" from public schools, while also saying, "We must also teach our history — the good, bad, and the ugly."

Critical race theory is an approach used principally at the college level to examine the history of race and racism in America. Republicans and other conservatives have applied the term to any racism-related teaching they don't like. CRT is generally not used in elementary and high school curriculums.

The campaign website says that taxpayers should pay to send kids to private schools, fund parochial education, and pay for home-schooling: "Whether a parent chooses homeschooling, private school, charter school, or public school, aid and support should not be diminished. If money follows the child, parents have flexibility to select schools based on what is best for their children, and the quality of education everywhere improves."

According to a report published by the website Chalkbeat in 2020, studies have shown that school privatization efforts like voucher programs are linked with lower state test scores.

A campaign spokesperson did not immediately respond to a request for comment about Benjamin's positions.

Benjamin helped lead a group of right-wing clergy in supporting unsuccessful Georgia Republican Senate nominee Herschel Walker in his runoff election this month, even after Walker said he was "accountable" for alleged domestic abuse and found to have routinely lied about his credentials.

Democrats will select their nominee to face Benjamin on Tuesday.

"The path to a stronger fourth district does not pass through Leon Benjamin's mire of election denialism and xenophobia," Democratic Party of Virginia spokesperson Liam Watson said in a press statement on Saturday.