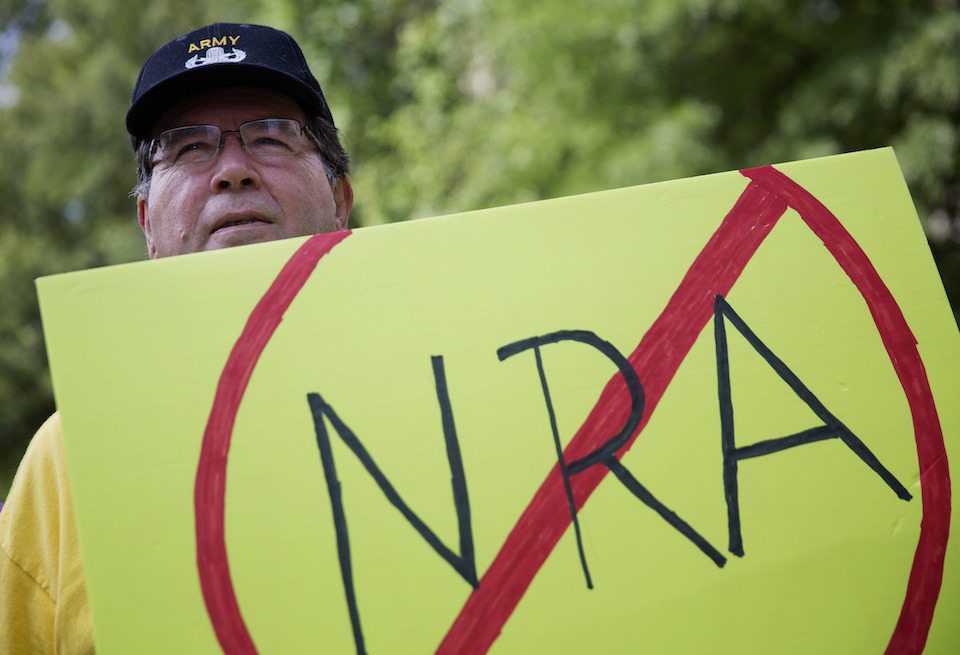 Democrats are on the offense when it comes to gun safety, and voters are taking note.

Thoughts and prayers weren’t enough for Republicans and the NRA on Tuesday as Democrats posted big wins across the country. And specifically in Virginia, where the gun group is based, the NRA and the GOP suffered key defeats as Democrats aggressively campaigned on the issue of gun safety.

“Last night, every candidate endorsed by Everytown for Gun Safety Action Fund and Moms Demand Action for Gun Sense in America won his or her race,” boasted the national advocacy group. “Across the country, from an incredible sweep in Virginia to city council races in Pennsylvania and state representatives in Washington State, gun safety won.”

Significantly, voters on Tuesday cast their ballots against the dark backdrop of the two recent gun massacres, in Las Vegas and Sutherland Springs, Texas, where hundreds where shot and more than 80 people killed during mindless gun rampages.

Yet the Republican Party showed virtually no interest in the deadly events. Apparently afraid of offending the deep-pocketed NRA, which insists there is never a good time for an honest debate about gun violence, GOP leaders did absolutely nothing in the wake of the mass murders to suggest they cared about the epidemic of gun violence in America.

Instead, there was a collective shrug of the shoulders. Since the Texas massacre, Speaker of the House Paul Ryan has tweeted more than two dozen times about tax legislation, but just two times about Texas, where a deranged gunman, who never should have been allowed to buy guns, turned a small rural church into a killing field.

By contrast in Virginia, Democratic gubernatorial candidate Ralph Northam was unequivocal in his anti-NRA positions during his campaign. He ran on banning assault weapons and high-capacity magazines, adding more universal background checks and storing Virginia’s one-gun-a-month purchase limits, according to the Washington Post.

Northam easily won his race by nine points. According to exit polls, the Democrat won voters in households without a gun by a giant 73 to 26 percent margin, larger than Hillary Clinton’s 40-point margin with that same group of voters in her Virginia win over Donald Trump last year.

Buried in exit poll: Northam, F-rated by the NRA, TIED with voters whose #1 issue was guns. pic.twitter.com/0hIxGwctr0

The NRA suffered another key Virginia loss when Democrat and vocal gun safety advocate Chris Hurst defeated a three-term Republican incumbent to become the new District 12 representative to Virginia’s House of Delegates. A former local television anchor, Hurst turned to politics after his girlfriend and TV reporter, Alison Parker, was shot and killed while conducting an interview during a live broadcast in 2015.

For years, there’s been a conventional wisdom, especially within the Beltway media, that guns represented a difficult issue for Democrats, particularly in states with a gun and hunting heritage like Virginia.

But Northam’s win, and the aggressive gun-control message being adopted by prominent Democrats across the country, indicates the political landscape has changed.

Suddenly, it’s Democrats who are on the offensive:

The mass killings in Las Vegas and Texas have focused a spotlight on the Republican Party’s complete indifference to the pressing issue of gun violence.