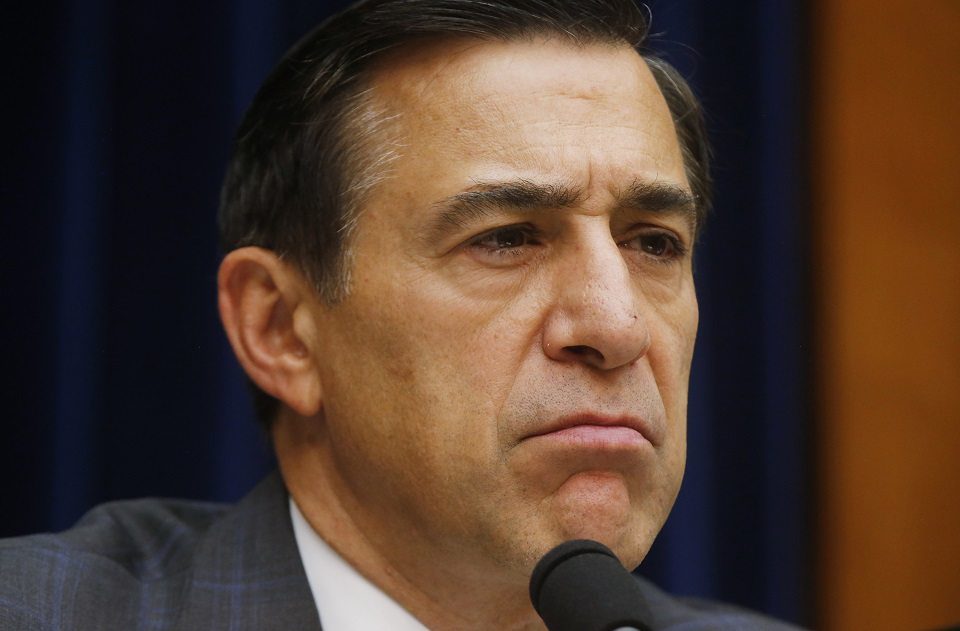 Deeply unpopular Rep. Darrell Issa, who was just barely able to hold his California seat in the last election, filed a frivolous defamation lawsuit against his former opponent over an accurate attack ad. Now he has been ordered to pay the defendant's court costs.

Few congressmen are more unsavory than Republican Darrell Issa of California. He is one of the most notorious, bombastic right-wing partisan attack dogs in the House of Representatives.

But on Tuesday, Issa learned the hard way that there are consequences to bullying everyone who gets in his way.

Last year, Issa's Democratic opponent, retired Marine Colonel Douglas Applegate, ran an accurate, and blistering, attack ad accusing Issa of using his elected office for personal enrichment. Issa, who only barely won reelection by a few thousand votes, proceeded to sue Applegate for defamation over the ad, in a naked attempt to intimidate future Democrats out of challenging him.

In March, a California judge ruled that not only was the lawsuit frivolous, but it also violated the state's anti-SLAPP law. In other words, Issa filed the lawsuit solely to cause financial hardship to Applegate for exercising free speech — which is against the law.

Now, this week, the judge has ordered Issa to pay $45,000 to Applegate to cover his court costs.

The richest member of Congress, Issa made his initial fortune as a car alarm salesman. During which he faced allegations of insurance fraud and firearm violations.

His tenure in the House has been no less crooked. From 2011 and 2015, he single-mindedly converted the House Oversight Committee into a politically weaponized kangaroo court, abusing subpoena power to bully every Democrat he could reach, all the way up to President Barack Obama. His excesses were the blueprint for every Republican who has chaired the committee since.

Despite the fact that his coastal Southern California district voted for Clinton, Issa is also a headline partisan and massive Trump cheerleader. He voted to strip his own constituents of health care, and claimed it was "none of their business."

Being forced to pay Applegate's court costs is simply the latest humiliation for Issa, who is widely considered one of the most vulnerable GOP incumbents in Congress.

Already, multiple Democrats have filed to run against him in 2018, including Applegate, who wants a rematch. Another challenger is environmental attorney Mike Levin, who spectacularly trolled Issa by attending his town hall, then rallying the crowd after Issa accidentally took a question from him and frantically tried to shut him down upon realizing he had called on his own congressional opponent.

Issa's strongarm intimidation tactics and aggressive partisan bullying are finally catching up to him. His bruising in court is nothing compared to what is waiting for him in the midterms.