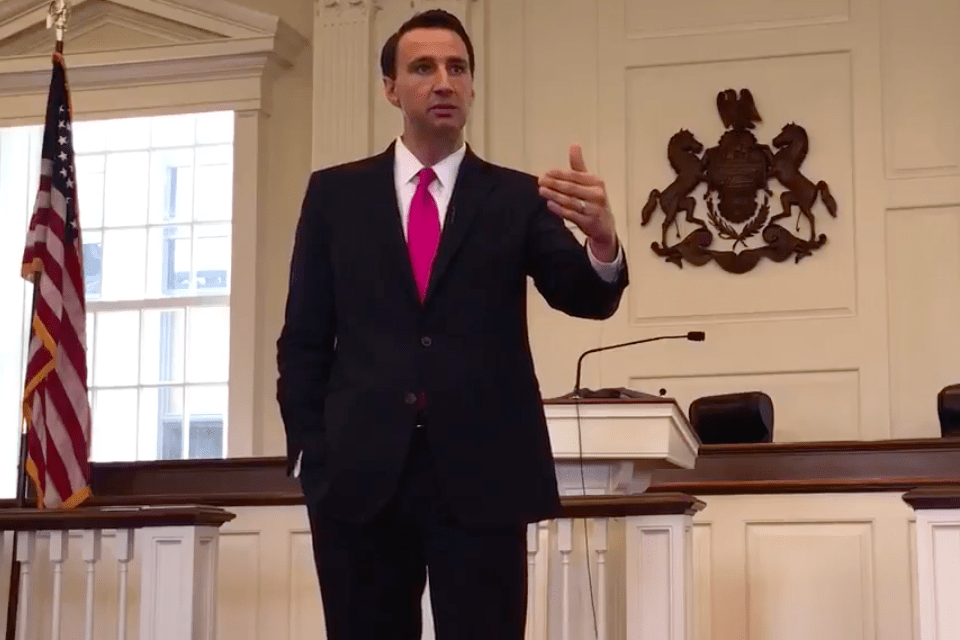 Twitter/EricBradner
Get The American Independent in your inbox

Rep. Ryan Costello refused to back an independent investigation of Donald Trump and Russia, and his constituents let him hear it at a town hall.

Rep. Ryan Costello (R-PA) had his feet held to the fire at a town hall meeting over his opposition to an independent probe into Donald Trump's alliance with Russia during the 2016 presidential election.

Asked about the dire need for an independent investigation, after House Republicans have botched their effort thus far, Costello told constituents, "At this moment in time, I don’t believe we need an independent commission." According to CNN reporter Eric Bradner, who attended, Costello was "jeered" for his weak response.

The investigation led by the House Intelligence Committee is currently in a tailspin, as Rep. Devin Nunes, the chairman, was recently forced to step down from the Russia probe. Nunes attracted intense criticism as he issued public statements defending Trump and indulging his conspiracy theory about being wiretapped by President Obama.

The FBI is conducting an investigation, as is the Senate, but the severity of the Russian meddling warrants an independent probe to account for the damage inflicted on the integrity of the American voting system.

Costello's decision to make a Trump-friendly argument about the issue in front of his district could hurt him soon. While Pennsylvania went for Trump in 2016, Costello's home turf, the 6th Congressional district, went to Hillary Clinton.

In the 2018 midterm elections, candidates allying themselves with Trump could face intense opposition at the polls.