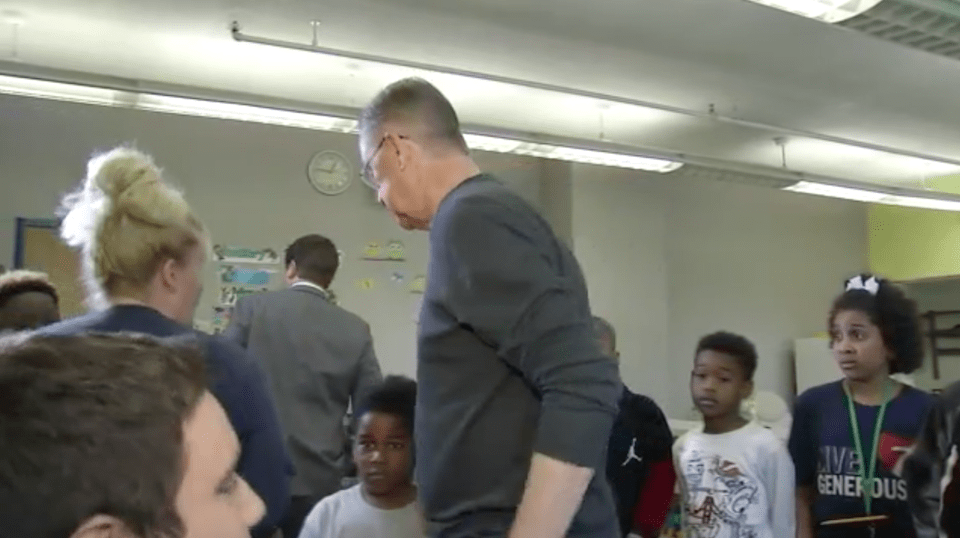 KCRG
Get The American Independent in your inbox

Rep. Rob Blum had an on camera meltdown with a reporter in front of children, days after voting for the repeal of Obamacare — a vote which led to him being identified as holding a vulnerable House seat.

Rep. Rob Blum (R-IA) had an on-camera meltdown with a reporter, in front of a room filled with young children, days after changing his vote and supporting the American Health Care Act.

Blum was one of several Republicans who initially opposed the bill supported by Donald Trump and House Speaker Paul Ryan, but who later supported stripping health insurance from 24 million Americans. As a result, he has been identified as a Republican holding a seat vulnerable to a Democratic takeover in 2018.

In the interview with local reporter Josh Scheinblum, Blum answered some questions, then stood up and took his microphone off, angrily complaining about the reporter asking him questions about campaign donations.

republican congressman gets asked one follow up question, immediately walks out of interview https://t.co/g0czgiYRQ1 pic.twitter.com/N5YSmsG27d

SCHEINBLUM: Well, I think some would make the case that you represent all Iowans. The decisions that you make impact all Iowans, so shouldn't all Iowans have a voice at the table, at least have the option to?

BLUM: (laughs) I don't represent all Iowans, I represent the first district of Iowa. That'd be like saying, 'Shouldn't I be able to, even though I live in Dubuque, go vote in Iowa City during the election, because I'd like to vote in that district instead?'

SCHEINBLUM: Would you still take donations from a Republican, in Iowa City?

(Blum stands up and takes off his microphone)

SCHEINBLUM: We haven't even —

BLUM: He's going to sit here and just badger me. (walks away)

SCHEINBLUM: We just asked why you wanted to do the interview, that was it. Congressman, come on. Take a seat. Congressman, I insist, let's talk about —

BLUM: Do you take donations from a Republican — I mean, wow.

As Blum fumed, several small children who had been assembled behind him looked on.

Blum's seat in the First Congressional District of Iowa was held by Democrats until 2014, and in his most recent election, Blum's margin of victory was 7 percent. The Cook Political Report has now rated the seat as "lean Republican" and says the race would be "competitive."

And this meltdown, in front of television cameras and young children, alongside his vote for the disastrous health care repeal bill, surely will not help Blum's chances in the fall.