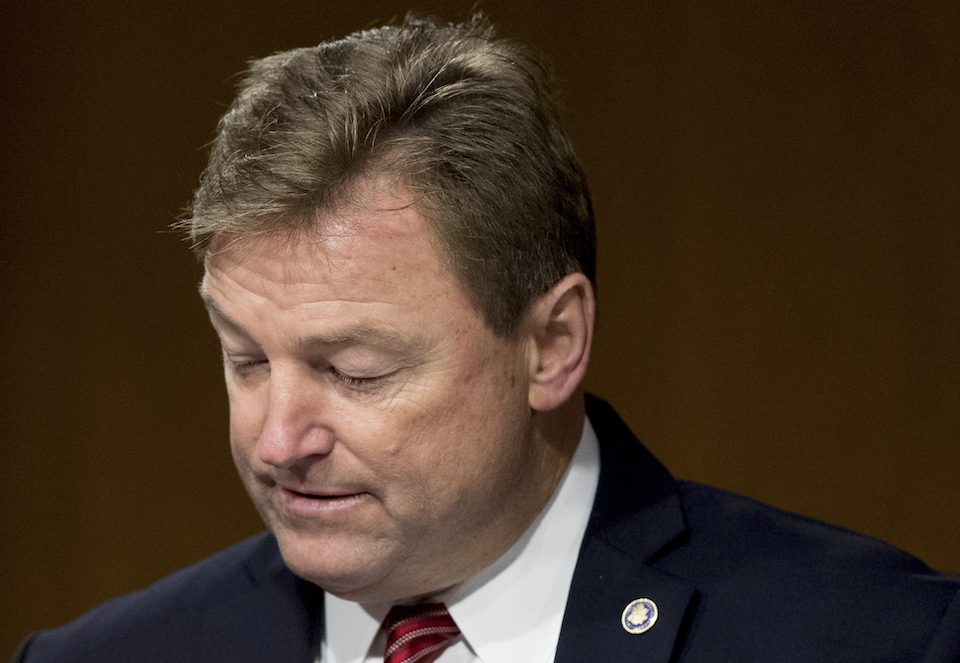 Now he could be facing a steep fine.

Sen. Dean Heller (R-NV) for years operated a business out of his farm, generating thousands of dollars in income, without legally registering it with the government. Now, Heller could be subject to fines under Nevada state law.

Heller owns a 180-acre farm in Smith Valley, Nevada, where he made and sold hay. He engaged in commerce without holding a business license to operate what the Gazette-Journal described as "a multimillion-dollar alfafa spread."

Heller showed that he knew he was in violation of the law, because as the paper began asking about the business he quickly filed paperwork for a business license.

His spokeswoman Megan Taylor even admitted that without inquiries from Democrats he might never have decided to comply with the law. She told the paper that Heller only got a license "when it became clear that national Democrats were pitching stories attacking their family farm."

Nevada state law states that operating a business without a license is punishable by fines up to $10,000.

Heller is not ignorant about the state's business compliance laws. He served from 1995 to 2007 as the Nevada secretary of state and oversaw business licensing as part of his job.

Yet his spokeswoman also claimed that he was "not legally required" to get a license because he did not profit from the business.

But as the Reno Gazette-Journal reports, other Nevada Republicans seem to know better than Heller. State Sen. Pete Goicoechea has a farming and ranching operation, but he purchased a business license for it.

State Sen. James Settelmeyer, a Republican, also runs a hay business from his home, and unlike Heller, has a business license.

Heller bought the farm from a donor to his political campaign and has used the property as a backdrop for his campaign ads. He wants all the benefits of operating the business, without registering it with the government as a private enterprise.

Heller is up for re-election in 2018 and has connected himself to Trump by supporting his agenda 90 percent of the time, even though most voters in his state voted for Hillary Clinton, who won by 2.4 percent.

That support for Trump appears to extend to emulating his cavalier disregard for ethical business practices, instead preferring to generate income and add it to his personal funds under the table.

The seat has been rated as a toss-up ahead of the election, and Heller will be facing Democratic challenger Rep. Jacky Rosen. She has been hammering him on his closeness to Trump.

Heller is going full Trump in a year where voters are showing up to reject Trump and the politicians who enable and echo him. Engaging in shady business practices is almost a little too on the nose.