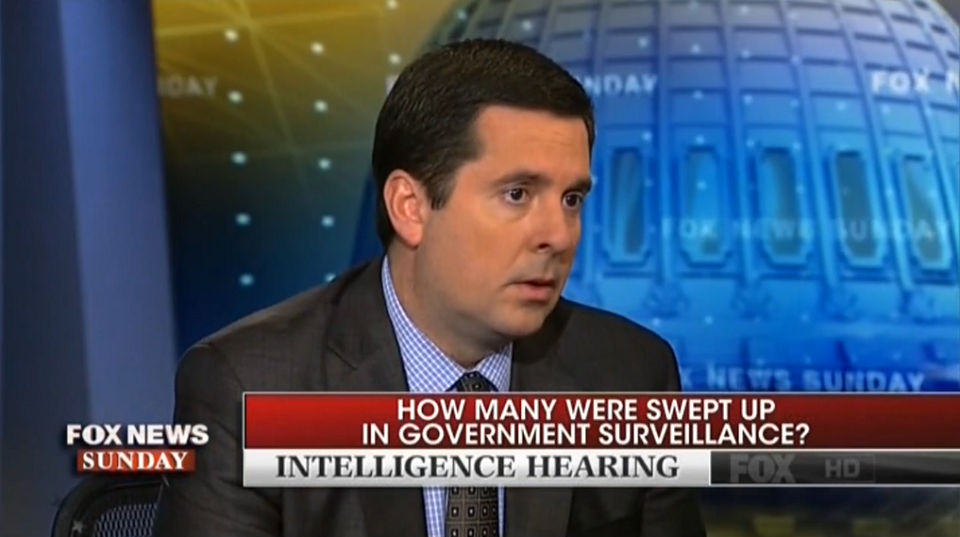 House Intelligence Committee Chairman Devin Nunes (R-CA) turned heads this week when he said it was "very possible" that Donald Trump was swept up in surveillance intercepts of foreigners, and he has now added to the intrigue with a curious statement following a classified briefing with the FBI.

Now, Nunes has ratcheted up the intrigue, with an extremely curious statement — one which unfortunately flew right by his interviewer.

NUNES: Well, if you look at the folks that are working at the White House today, that are involved in the Trump administration, I don't think there's any but one there that is under any type of investigation or surveillance activities at all.

It is possible that Wallace missed this answer because he thought Nunes was referring to disgraced former National Security Advisor Michael Flynn. But Nunes specifically said referenced people "working in the White House today," saying that all "but one" are free of investigation or surveillance.

Comey will testify before the House Intelligence Committee this week, where, depending on the level of classification involved, the public may learn the identity of the "but one" to whom Nunes is referring.