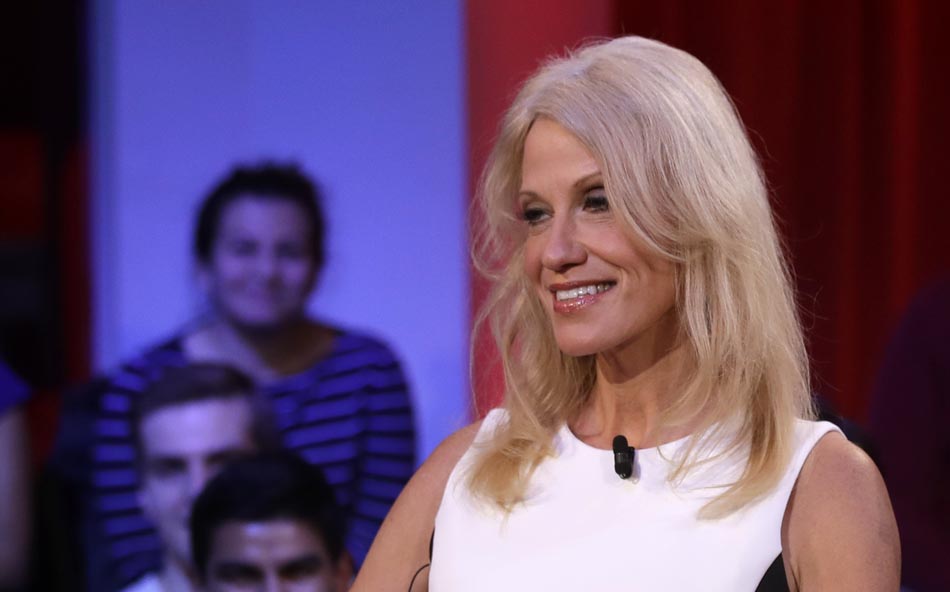 Donald Trump campaign manager and senior advisor Kellyanne Conway says she "took it personally" when accused of appealing to white supremacists, and insisted Trump "has denounced every single element of that awful movement." Yet the team Trump is building has multiple ties to white supremacy — which has been entirely left out of the reporting on Conway's aggrievement.

During a campaign postmortem at Harvard University, key Clinton staff and key Trump staff got into heated exchanges over the tenor of the election. Hillary Clinton's communications director Jen Palmieri observed that Donald Trump won, in part, by appealing to white supremacists. Trump's campaign manager Kellyanne Conway rebuffed the charge.

As Trump’s team basked in the glow of its victory and singled out for praise its campaign’s chief executive, Stephen K. Bannon, who was absent, the row of grim-faced Clinton aides who sat opposite them bristled.

“If providing a platform for white supremacists makes me a brilliant tactician, I am proud to have lost,” she said. “I would rather lose than win the way you guys did.”

Kellyanne Conway, Trump’s campaign manager, fumed: “Do you think I ran a campaign where white supremacists had a platform?”

“You did, Kellyanne. You did,” interjected Palmieri.

Later, in an interview with CBS This Morning, Conway called Palmieri's statement "completely false" and said she "took that personally." She added: "And, you know, President-elect Trump has denounced every single element of that awful movement. He’s never met these people. He doesn’t ask for their endorsement. He denounced it in an on-the-record interview with The New York Times just last week."

The original exchange, as well as Conway's denialism — and personal offense — have been widely reported. However, a critical piece of context has been left out of every bit of reporting I have read thus far.

As Shareblue has documented, Trump is populating his administration with people who have direct links or associations with white supremacist groups.

Chief policy strategist Steve Bannon, Attorney General nominee Jeff Sessions, Chief of Staff Reince Priebus, and a number of other appointees and advisors have affiliations with white supremacist organizations. This is not incidental: It is a continuation of Trump's campaign, which routinely made explicit and dogwhistled appeals to white supremacy.

Conway's denialism, and purported offense, are thus absurd and deeply dishonest. But without this important context being included in reports, news consumers are left without crucial information to make that assessment.

This is an editorial choice, and it is a dangerous and irresponsible one.

And if it is not reported in stories about his senior advisor asserting his disavowal of white supremacy, then when?