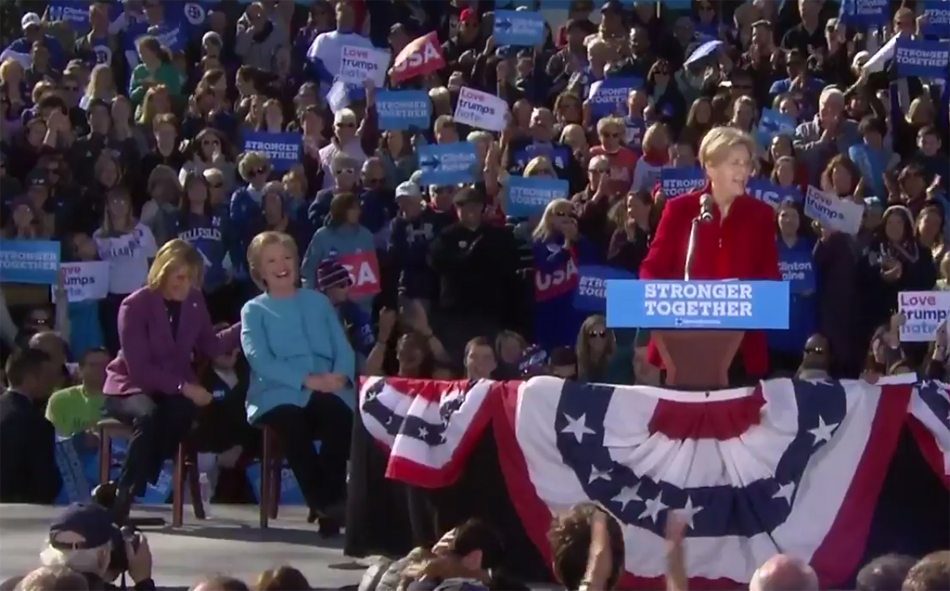 After Donald Trump leaned down to sneer into his microphone "Such a nasty woman" about Hillary Clinton during the third presidential debate, "nasty woman" has become a rallying cry among female Clinton supporters.

While Clinton and New Hampshire Gov. Maggie Hassan sat to her side on the stage, Elizabeth Warren informed Trump precisely what he can expect from "nasty women" on Election Day.

Elizabeth Warren to Trump: "We nasty women are going to march our nasty feet to cast our nasty votes to get you out of our lives forever!” pic.twitter.com/epCA13EZfo

And on November 8th, we nasty women are gonna march our nasty feet to cast our nasty votes to get you out of our lives forever! Yup!