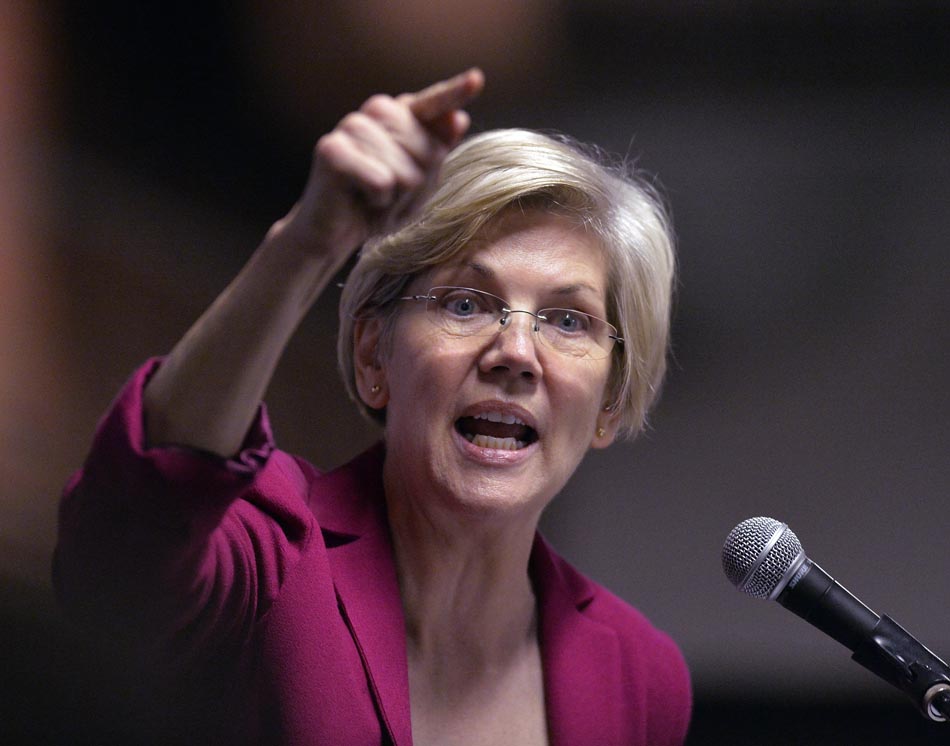 Senator Elizabeth Warren was typically and thrillingly blunt on CNN about the aggressive indecency of President-elect Donald Trump nominating Steve Mnuchin to head the Treasury Department.

In an interview with CNN's Anderson Cooper, she did not hold back as she addressed the obscenity of this choice: "What Donald Trump is doing is he's literally handing the keys to the Treasury over to a Wall Street banker who helped cause the crash."

Elizabeth Warren: Trump is handing the Treasury to "a Wall Street banker who helped cause the crash" https://t.co/pd5oAzDy63

He said he was going to separate that from the government — no more revolving door — he wasn't going to do that sort of thing. And then what does he do? He turns around and picks a guy who had actually been one of the people who helped do all of those lousy mortgages that not only broke the economy, but broke millions of families.

And then, after the crash, a guy who turned around and bought a bank that then became infamous for how hard it squeezed families that had already been cheated — and was the foreclosure machine following that.

And what Donald Trump is doing is he's literally handing the keys to the Treasury over to a Wall Street banker who helped cause the crash.

Donald Trump is not "draining the swamp." He is luxuriating in it like it is a beautiful spa in a tremendous resort.

Thankfully, Warren is not going to let him get away with pretending otherwise.