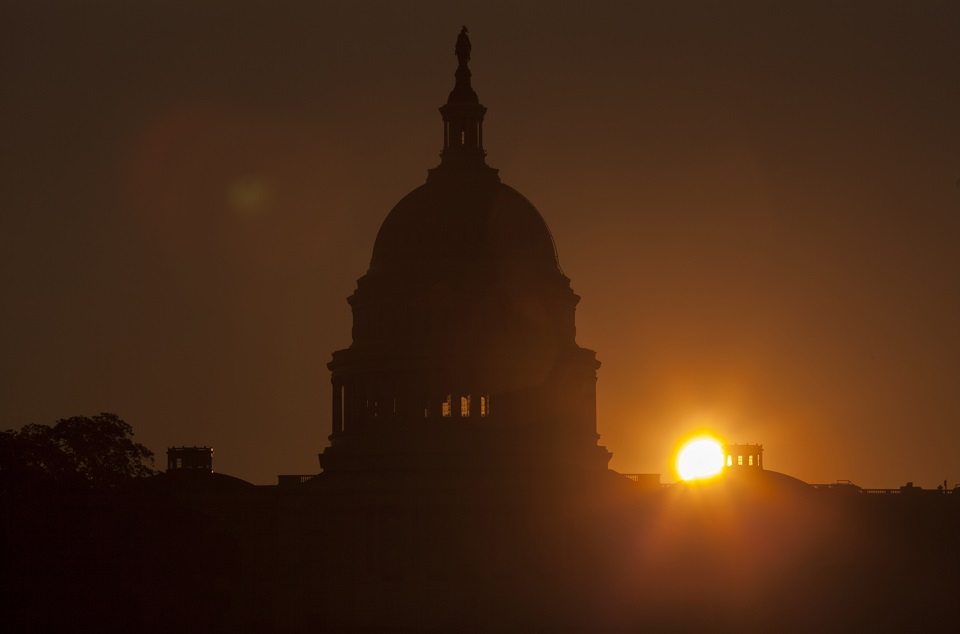 Under the threat of darkness of the Trump era, the Washington Post has rolled out a new, powerful value statement.

The masthead of the Washington Post looks a little bit different these days. Underneath the name of the newspaper, in its distinctive type, is a stark, new message:

As journalist Brian Stelter confirmed with the Post, these four words are indeed a new "value statement" for the news outlet:

Founded in 1877, the Washington Post has won 48 Pulitzer Prizes for its often-groundbreaking investigative coverage and is recognized around the world as a "paper of record" for its independent journalistic standards. Donald Trump's team was so infuriated by the Post's coverage they took the bizarre step of revoking the outlet's press credentials for months during the presidential campaign.

However, the Post itself admitted its campaign coverage was part of a "feast of false equivalency" drawn between Trump and Hillary Clinton. With the notable exception of Post journalist David Fahrenthold's incisive coverage of Trump's lies about his charitable giving, the Post joined other mainstream and right-wing media outlets in its distorted, hyper-focus on Clinton's emails, a misstep the Post editorial board attempted to redirect too late during the campaign season.

Revitalization of the American public's interest in and support for professional journalism is one of the few silver linings of the emergence of Trump into the political world. The Post's newly-restated vision comes on the heels of Post Publisher Fred Ryan announcing a 75 percent increase in subscriptions during 2016 and the intention of hiring additional staff.

When they enshrined freedom of the press in the First Amendment to the Constitution of the United States, our founders recognized the critical role of the press in holding the power of the state in check and the government accountable to the people it serves. The press failed in these duties during the 2016 presidential campaign by not holding each candidate to the same standard and by underestimating the threat Trump and a completely GOP-controlled government posed to American Constitutional rights.

But under the threat of darkness of the Trump era, there appears to be hope the Washington Post and other news media outlets will indeed serve the greater interests of the American people by focusing the necessary light on the Trump White House and members of Congress who do not stand up to its abuses.