Home National Washington rises together against hate: 'An attack on one of us is...
Support progressive journalism.
Donate today 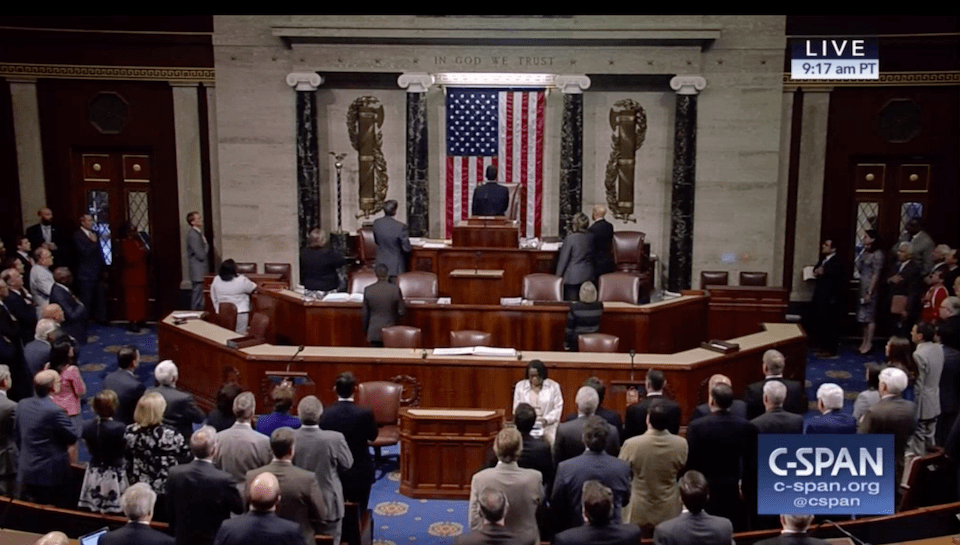 The House of Representatives showed the power and resilience of our connectedness as Americans.

Following the horrifying shooting by a lone gunman during a congressional baseball team practice, the leaders in the House of both parties showed what it truly means to be connected as Americans.

After leading the House in the pledge of allegiance, Speaker Paul Ryan offered powerful words of resilience and camaraderie.

"We are united," Ryan declared. "An attack on one of us is an attack on all of us." His declaration was met with an extended standing ovation.

My colleagues, there are very strong emotions throughout this House today. We are all horrified by this dreadful attack on our friends and on our colleagues, and those who serve and protect this Capitol. We are all praying for those who were attacked and for their families: Steve Scalise, Zachary Barth, Matt Mika, Special Agent David Bailey, Special Agent Crystal Griner. We are all giving our thoughts to those currently being treated for their injuries at this moment. And we are united. We are united in our shock, we are united in our anguish. An attack on one of us is an attack on all of us. [Applause]

I rise to join the distinguished speaker in paying tribute to the brave men and women of the Capitol Police force, and also, in sadness, for the assault that was made on our colleagues and members of the staff. To my colleagues, you will hear something you've never heard me say before: I identify myself with the remarks of the speaker. [laughs from members of Congress] They were beautiful remarks, Mr. Speaker, thank you so much for the sentiments that the represent. Thank you so much. [Applause]

Words like these from Ryan and Pelosi remind us that, in times of tragedy, we can and must come together as Americans.