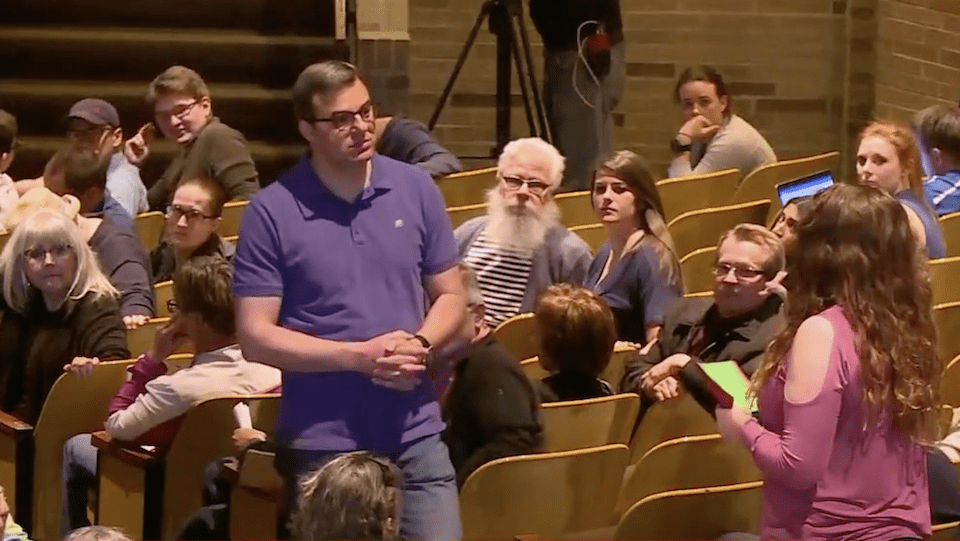 WZZM 13
Get The American Independent in your inbox

A 17-year-old who will vote for the first time in the 2018 election demonstrates why House Republicans are in serious trouble for their vote to repeal Obamacare.

Rep. Justin Amash (R-MI) recently admitted that Donald Trump’s behavior surrounding the Russia investigation may rise to the level of an impeachable offense.

As former FBI Director James Comey prepares to testify before Congress next week, reportedly that Trump requested he back off the investigation, voters will be watching to see if Amash sticks to his guns, and more importantly, if he is able to wrangle other members of his party to hold Trump accountable.

But at a town hall in his district, Amash was faced with the reality that standing up to Trump one one important issue does not excuse him from abandoning his constituents on another.

In front of a crowd of hundreds of constituents in Grand Rapids, a 17-year-old rose to confront him about his vote to repeal Obamacare:

REPORTER: People of all ages wanted to share their views with Republican Congressman Justin Amash.

17-YEAR-OLD: While I am on the opposite side of your belief system, I was thinking about voting for you.

REPORTER: Many topics were discussed of the town hall held at Ottawa Hills High School, but the one that elicited the most emotion was health care.

17-YEAR-OLD: I decided that I would not be voting for you when you voted yes to the AHCA. Denying health care to anyone is immoral and health care are a for-profit business is wrong.

AMASH: I vote the way I believe on everything. And there are going to be people who don't like this vote or that vote.

As predicted, the backlash for voting for the Republican health care bill is only intensifying. Kicking 23 million people off health insurance and punishing millions more with pre-existing conditions has a political price — no matter who you are.

Indeed, this 17-year-old and so many other impassioned constituents are proving again and again why voting to repeal Obamacare spells disaster for the GOP in 2018.