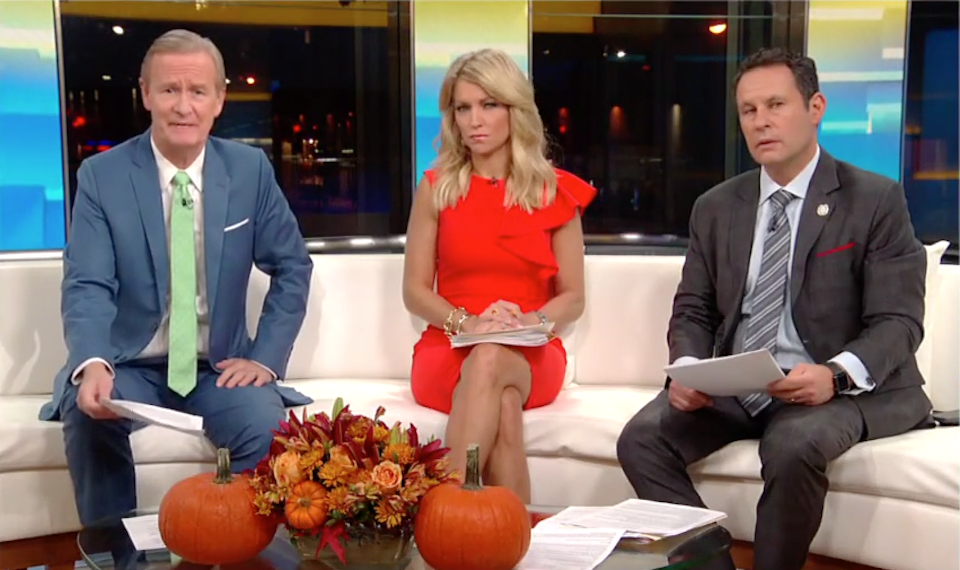 Former Trump campaign official and surrogate Corey Lewandowski says the FBI should have warned the campaign that Paul Manafort was under secret surveillance — an assertion so ridiculous, even Fox News isn't buying it.

Three former Trump campaign officials — Paul Manafort, Rick Gates, and George Papadopoulos — have been indicted for multiple federal charges ranging from conspiracy against the United States to laundering foreign money to lying to the FBI about Russian contact with the Trump campaign. And the administration and its supporters are scrambling to find excuses and scapegoats as fast as they can.

One defense being used by Corey Lewandowski, the former Trump campaign manager, is particularly preposterous.

On Tuesday morning, Lewandowski appeared on "Fox & Friends" to assert that Trump was not to blame for hiring Manafort because the FBI did not tell the campaign Manafort was under investigation. It was an argument so ludicrous that even Fox host Steve Doocy — usually one of the most reliable promoters of Trump spin — questioned it:

LEWANDOWSKI: If it is true that Paul was under a FISA warrant prior to coming under the campaign, then I think the FBI should have probably notified the campaign and said, look, you’ve got a person in here who is currently under surveillance, and we want to raise that issue to you so you’re aware of it. Never was I contacted, never was the president or the candidate contacted, about any relationship that Paul Manafort might have had by a government authority. [...]

DOOCEY: Yeah, but Corey, is that the kind of thing the feds do, where they would tell somebody, "By the way, the guy you just hired, we're looking at him because we think he might be breaking the law"?

LEWANDOWSKI: I don't know. But what I do know is that if you are the Republican or Democratic nominee for a major political party running for president of the United States, and there is a person who's joining the campaign in a high-profile capacity, and that person happens to be under some type of surveillance by the FBI for potential wrongdoings, you would think, just from a security standpoint, they would come and brief the campaign and say, look, we've got some concerns about this person. You're still welcome to hire them, but at least we make you aware of it. That never occurred.

The idea that the FBI had any sort of responsibility to inform the Trump team that its new hire was under highly classified surveillance shows just how desperate the Trump team is to spin the damning indictments. FISA warrants deal with people connected to hostile foreign actors and are sealed for national security reasons. Disclosing that information could have tipped Manafort’s overseas backers to cover their tracks, and prevented him from being caught.

In any event, the idea that Trump could never have anticipated Manafort would have legal or ethical issues is ridiculous.

Long before the FISA warrant was made public, Manafort drew scrutiny over his lobbying work for Kremlin-backed former Ukrainian President Viktor Yanukovych. He also had ties to Dmytro Firtash, an Eastern European energy importer who acted as a middleman for Vladimir Putin’s state-run oil company, and was indicted for bribery in the United States.

Trump should not have needed classified information from the FBI to realize this man was completely compromised. And for Lewandowski to absolve Trump of any responsibility to vet his own campaign officials is ridiculous.

Apparently, Trump never had any interest in “hiring the best people” or “draining the swamp” except as catchy slogans. By the admission of the people who got him elected, he does not consider that his responsibility.