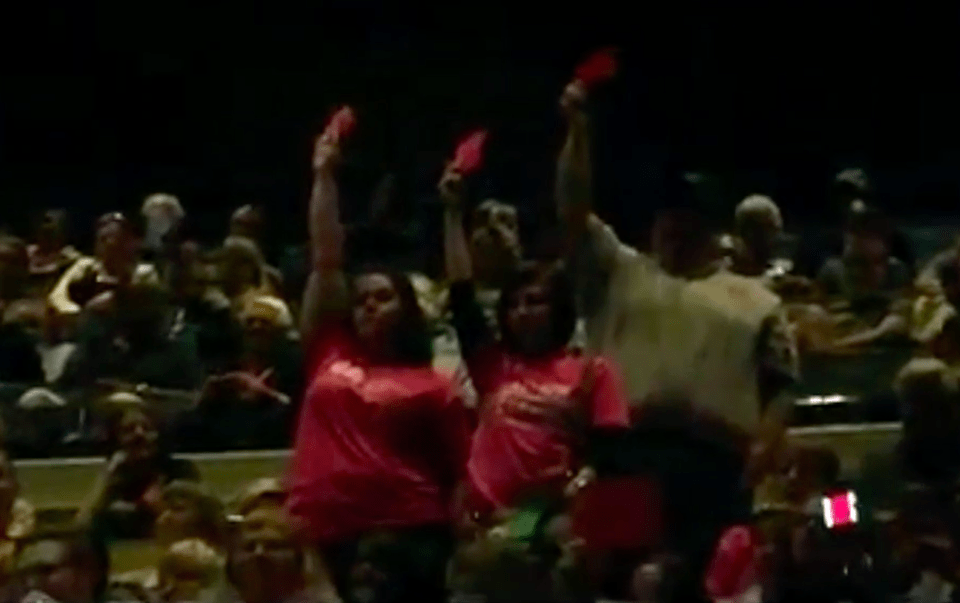 The resistance has been making a lot of noise at town halls, but even when they are outnumbered in deep-red districts, their message is still powerful.

The resistance to Donald Trump and the Republicans has proven itself time and again, and in a very short period of time.

Among their many victories, they helped to kill the Republican health care repeal plan that would have thrown 24 million people off of their insurance, and which would have defunded Planned Parenthood, which provides essential health services to millions of Americans.

But even in places where the resistance is badly outnumbered, courageous Americans are still standing up for what is right.

At a town hall event in Oklahoma, where 85 percent of precincts voted for Trump, Rep. Jim Bridenstine (R-OK) played to the crowd by boasting that he voted for the repeal plan because it would have defunded Planned Parenthood. The crowd roars, but wait until the last few seconds for a ray of hope:

(A few people, some in pink shirts, remain standing, holding red cards in the air to symbolize disagreement.)

That strong, silent protest was followed by chants of "24 million people" — meaning the ones who would have been thrown off of their health care coverage under the repeal plan — a chant to which the crowd responded by chanting "U.S.A! U.S.A!"

The resistance is strong, and it is everywhere, and even in deep-red places, it is needed. Donald Trump and the Republicans have just struck a blow against reproductive health care, and it will not be their last. Those three people with their red cards are part of what we need to strike back, because doing what is right is even more important when everyone else says you are wrong.