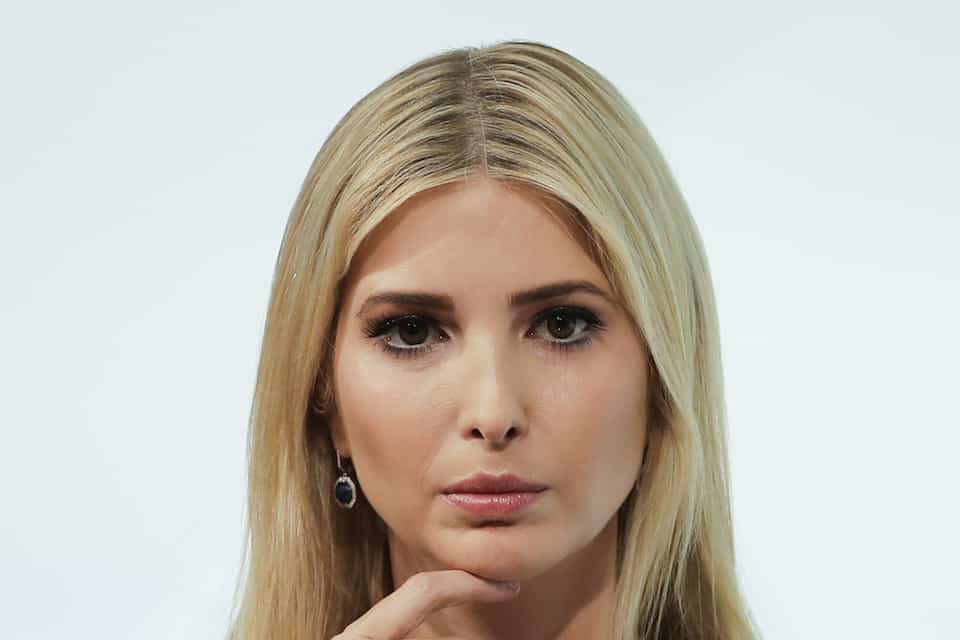 At a women's summit in Berlin, Ivanka Trump called her father "a tremendous champion of supporting families," then launched into a weak defense of his record of misogyny — and the audience really let her have it.

First daughter and White House adviser Ivanka Trump had a bit of a rough time when she spoke on a panel at the G20 women's summit in Berlin, and tried to position her father as a champion for families.

During the presidential campaign, Ivanka tried to take the edge off of Donald Trump's abysmal record with women by proposing a family leave program that turned out not to be family leave at all, and a child care plan that benefits the wealthy, neither of which have been introduced during Trump's first 100 days in office.

When Ivanka bragged about those programs to the audience in Berlin — where she appeared along side global titans German Chancellor Angela Merkel, International Monetary Fund Managing Director Christine Lagarde, Dutch Queen Maxima, and journalist Miriam Meckel — the crowd booed and hissed. Pressed for a response to criticism of Trump's attitude toward women, Ivanka delivered a weak reply:

IVANKA: The United States is one of the only countries in the world, the only developed country in the world, that doesn't have a paid leave policy for the benefit of families. So that is something that I'm very proud of my father's advocacy, long before he came to the presidency, but during the campaign, including in the primaries. He's been a tremendous champion of supporting families and enabling them to thrive in a new reality of— [booing and hissing]

MODERATOR: You hear the reaction from the audience, so I need to address one more point. Some attitudes towards women your father has publicly displayed, in former times, might leave one questioning whether he is such an empowerer for women. How do you relate to that? Or are things changing? What's your comment on that?

IVANKA: I’ve certainly heard the criticism from the media and that has been perpetuated, but I know from personal experience and I know the thousands of women who have worked with and for my father for decades when he was in the private sector are a testament to to his belief and solid conviction in the potential of women and their ability to do the job as well as any man.

Trump, in fact, has a terrible record on his treatment of women, in his personal life and in business. His business, which Ivanka has helped him run, does not even offer paid maternity leave to his own employees, instead requiring them to pool unused personal days and vacation time to supplement the federally mandated 12 weeks of unpaid leave.

And of course Trump's ugly history of disrespecting and demeaning women, and even boasting about sexual assault, cannot be erased by the mere existence of women he hired who have not complained of such behavior. And Ivanka's public relations effort will not change the Trump administration's all-out assault on women's rights. Only the resistance can do that.