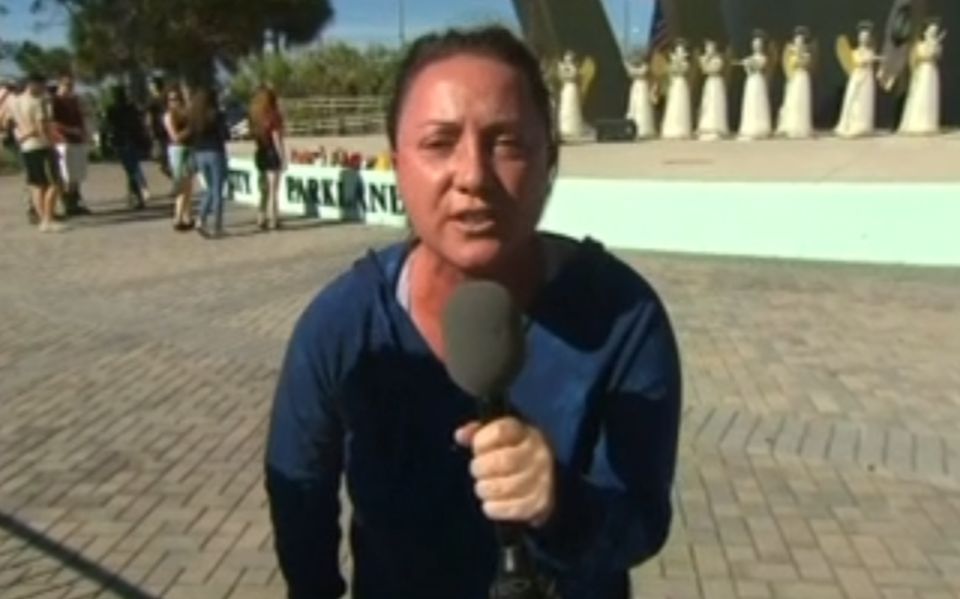 Calls for real and immediate action are getting much louder and stronger.

Alyssa Alhadeff, 14, was one of them.

On Thursday, her mother, Lori Alhadeff, made an anguished, heartfelt plea to Trump, begging him to do something instead of simply mouthing platitudes designed to appease the NRA.

"The gunman, a crazy person, just walks right into the school, knocks down the window of my child's door, and starts shooting," Alhadeff said. "Shooting her! And killing her! President Trump, you say 'what can you do?' You can stop the guns from getting into these children's hands. What can you do? You can do a lot. This is not fair to our families — that our children go to school, and have to get killed."

Alhadeff concluded, "I just spent the last two hours putting the burial arrangements for my daughter's funeral. Who's 14. President Trump, please do something! Do something. Action. We need it now. These kids need safety now."

A mother furiously asks President Trump to “please do something” about guns. She had just made funeral arrangements for her 14-year-old daughter, who was killed in the Florida shooting. https://t.co/T47q80dMoN pic.twitter.com/5HDqgSnUeg

Trump and other Republicans have faced a torrent of criticism for their callous indifference to the latest American mass murder. Much of that criticism has come directly from the students and teachers who survived the shooting and are demanding that politicians take action to stop gun violence instead of simply offering their thoughts and prayers and insisting there's nothing more they can do.

Americans want something done about mass shootings. They are seeking leadership from their elected representatives to stop the flood of guns used to kill in America's schools.

But the politicians who work at the behest of the NRA, and not the American people, continue to ignore their anguished pleas.