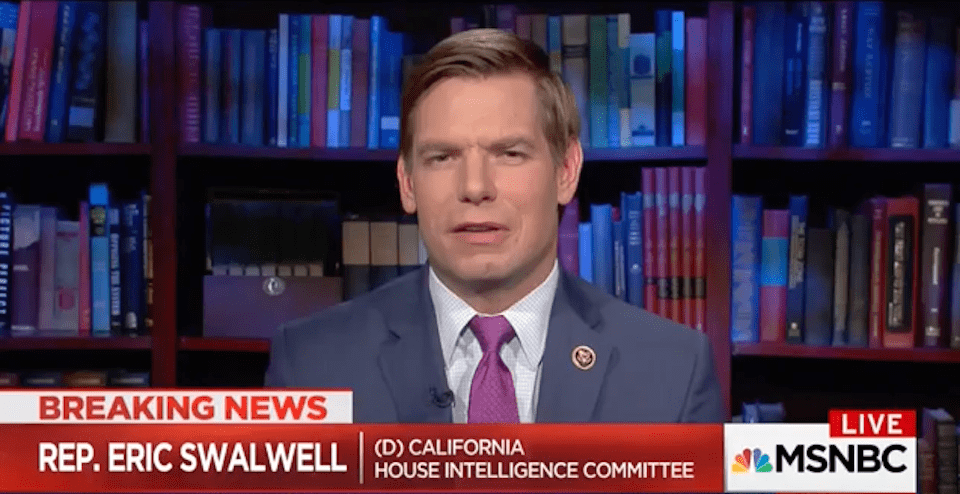 The appointment of a special counsel to head the investigation of Russia's interference in our election and the Trump campaign's possible collusion is, as many Democrats have noted, a good start. But it is not enough.

Rep. Eric Swalwell (D-CA), who serves on the House Intelligence Committee, has been a powerful and consistent voice of opposition to Donald Trump and his corrupt administration.

Together with Maryland Rep. Elijah Cummings, Swawell introduced a bill in January to create a bipartisan independent commission to investigate Russia's meddling in the presidential election. Every Democratic member of the House is a co-sponsor of that bill.

Following the announcement Wednesday night of the appointment of a special counsel to investigate possible collusion between the Trump campaign and Russia, Swalwell appeared on the Lawrence O'Donnell show and made a clear case for why an independent commission is still necessary:

SWALWELL: I hope that today’s appointment of a special counsel is a wake-up call for my Republican colleagues — and not an off-ramp — to do what we’re really charged to do, which is to understand what happened in the last election and make reforms so it never happens again.

In other words, I want to really distinguish a special counsel from an independent commission. A special counsel is the Department of Justice’s pursuit for crimes that may have occurred, to find out if anyone should be held accountable. That’s looking backward.

Our job in Congress is look forward. We know Russia intends to attack us again. We know other countries have similar capabilities. So we would be well-served to make sure that we put in place reforms so this never happens again. I believe that’s through an independent commission. Elijah Cummings of Maryland – a colleague of mine – he and I wrote legislation back in December to do that, and today we put forward on the floor of the House of Representatives a way to force a vote on that issue. So we hope Republicans come forward and join us.

Unlike a special counsel, the members of an independent commission would not serve at the president's pleasure, eliminating the possibility that he could have them fired if their investigation leads in a direction he does not care for.

The downside is that an independent commission can only be created through legislation — that is, it would require congressional Republicans to pass a bill that Trump would then sign into law.

Given the White House's apparent obstruction of existing investigations, that seems quite unlikely to happen.

As Swalwell noted, the appointment of Robert Mueller as special prosecutor is an important first step and not the "off-ramp" for the GOP – or for the resistance. But Trump still ultimately has the power to remove Mueller from the position if he so chooses.

That means, if we are to get to the truth, we must have an independent commission to investigate what exactly occurred and to provide solutions to make our systems stronger. Nothing less than the future of our democracy depends on it.