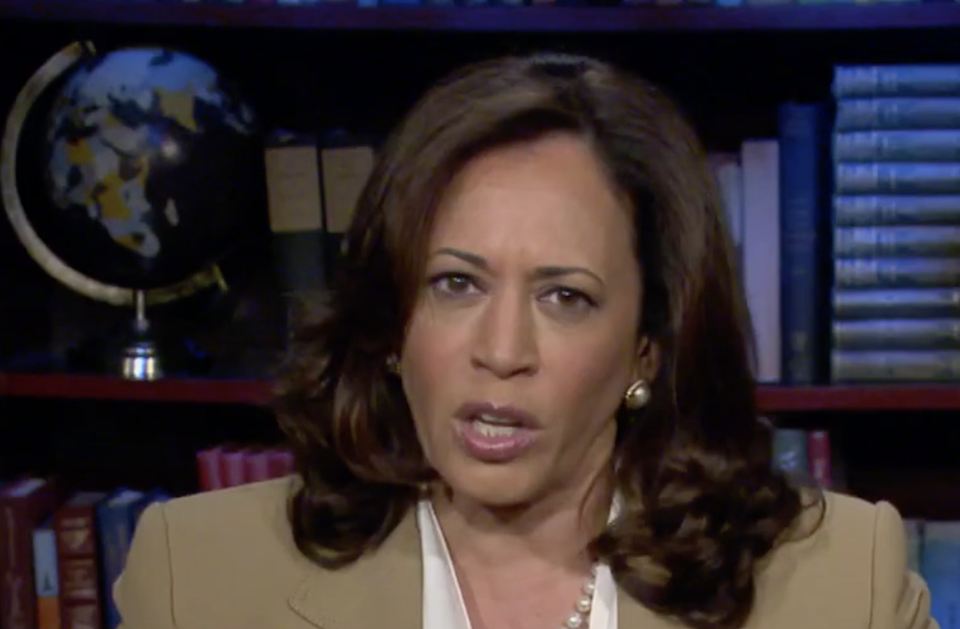 Sen. Kamala Harris represents the state with the largest population of DREAMers. She knows who they are and is not about to let the Trump administration get away with making young immigrants the "boogeyman" for its political schemes.

When a disturbingly giddy-looking Attorney General Jeff Sessions announced that the Trump administration would be terminating the Deferred Action for Childhood Arrivals (DACA) program, it sent shockwaves of fear through the 800,000 young immigrants directly affected, as well as their friends and families.

But there were also immediate signs of resistance and strength among immigrant communities and allies.

And some of those allies are among the most powerful people in the country: members of Congress.

From both sides of the aisle came messages of disagreement with Donald Trump's cruel move, and promises of support and protection for immigrants and their livelihoods. And one of those voices in particular knows of what she speaks.

Democratic Sen. Kamala Harris' state of California is home to roughly one quarter of the DACA recipient population — young folks who have been living, going to school, working, and contributing in the nation's largest state and the world's sixth-largest economy for many years.

Many of them "have only known one home, and this is it," Harris told MSNBC's Lawrence O'Donnell, "and we need to do the right thing for these kids."

And that includes being true to the word that their country gave them. "When they first applied for DACA, we told them we would not share their personal information with [Immigration and Customs Enforcement]. And you know, our country has to keep our promise to these young people," she declared.

"More people should inform themselves about who these young people really are," she continued, "and stop demonizing them. It's very easy to have an opinion about something you don't know, but it's also irresponsible."

As Harris went on to note, Trump has been clear from the beginning about his stance on issues related to immigration, including in his staffing choices.

That was made evident and vehemently challenged by Harris herself during the confirmation hearing for Gen. John Kelly as secretary of the Department of Homeland Security. Kelly could not, or would not, provide any substantive answers to Harris' questions about how those protected under the Obama-era DACA program would be treated by the Trump administration.

As for Sessions' claim that rescinding DACA is the "compassionate thing to do," Harris had no time for such doublespeak.

Again, we've got to stop vilifying this population. And, you know, as a leader, you've got to stop pulling out the boogeyman. These young people — let's be very clear — they qualified for DACA because they cleared a vetting where there was a very, very intense process of looking into their backgrounds.

Let's everybody be clear about who these DACA kids are: In order for them to qualify for DACA, they had to answer a lot of questions, and there was basically an investigative process that took place to determine the circumstances of their arrival, to determine, are they living a lawful life? Have they ever committed a crime? Are they productive? And only when they cleared that vet did they receive DACA status.

So yes, we want to make sure — we don't want people who are committing crimes in our country to be here if they're undocumented. But we also have to understand that when we're talking about these kids who are in DACA, they have cleared a vetting process. So for the attorney general to suggest that they are other than lawful in terms of, in particular, committing crimes, it's just — it's irresponsible.

Trump has already put out a feeble signal flare that he knows he may not get what he supposedly wants on this issue.

But that doesn't make up for the sudden upheaval and fear injected into millions of lives across the country, which President Barack Obama himself called out as "cruel" and "contrary to our spirit" as Americans.

Harris is right that Trump, Sessions, and the whole administration is calculatedly demonizing undocumented immigrants to pander to the lowest elements of their base.

But she and plenty of others won't stop calling it out for what it is, and ensuring that Congress offers the White House nothing less than a firm rebuke of such callous disregard for humanity.