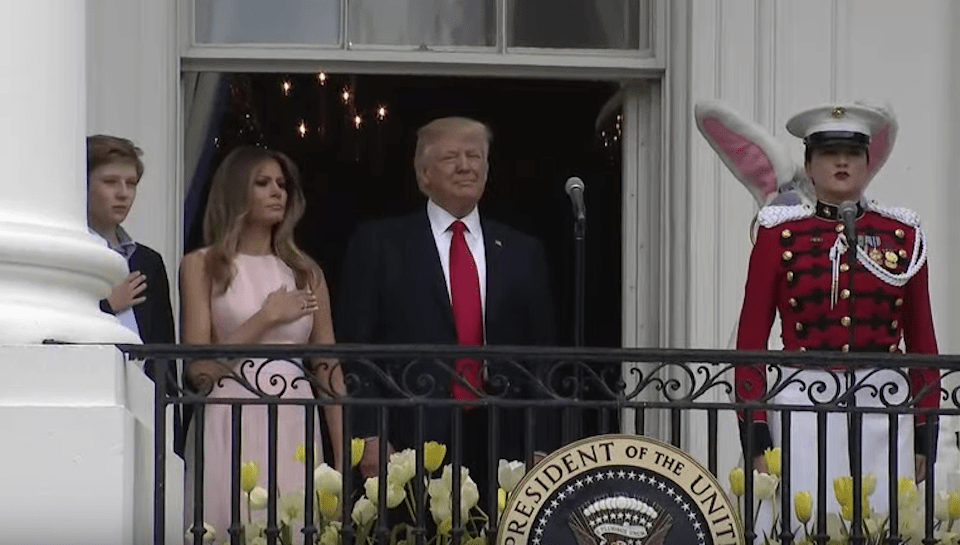 First lady Melania Trump had to remind the president to put his hand over his heart during the national anthem during the traditional White House Easter Egg Roll.

Donald Trump received a not-too-subtle reminder from his wife, Melania, that he should put his hand over his heart while the national anthem played.

The moment occurred as Trump was presiding over his first White House Easter Egg Roll. As the pledge began, his wife and son both made the gesture, but Trump did not. She can be seen bumping into his arm, reminding him of the proper pose during the solemn moment.

The subtle nudge from Melania reminding Trump to put his hand over his heart for the National Anthem pic.twitter.com/iswL9YMVWv

Given the way Trump and his party relentlessly attacked President Obama and Democrats for years, accusing them of insufficient patriotism for things as trivial as not wearing flag lapel pins, you have to wonder whether Republicans will be equally outraged that Trump required this reminder. Probably not.