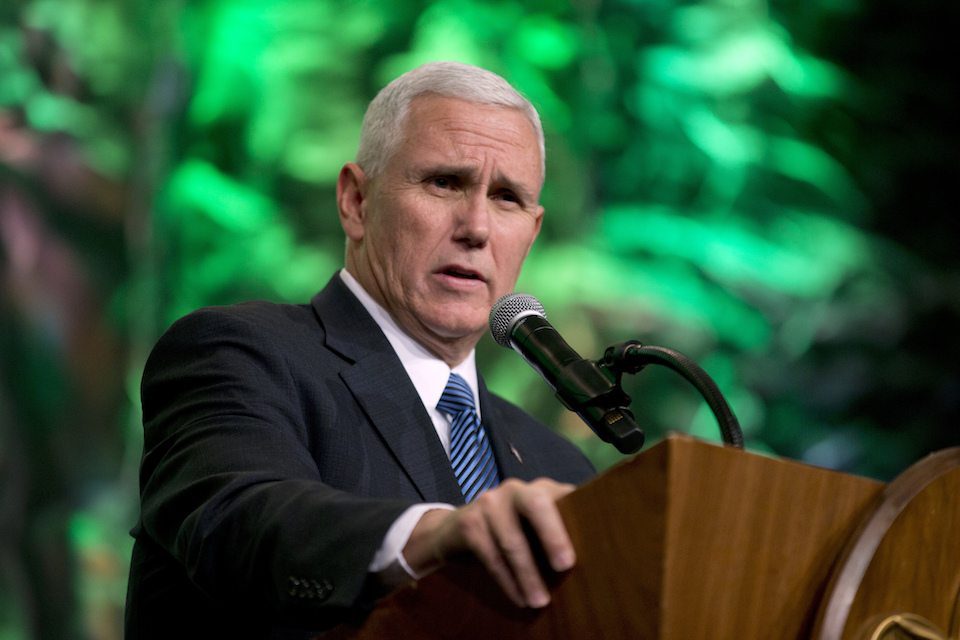 Special counsel Robert Mueller is focusing on those who have lied about the Trump campaign's relationship with Russian operatives — which places Mike Pence squarely in the investigation's crosshairs.

Special counsel Robert Mueller is set to include false public statements that sought to mislead America on the Trump-Russia connection as part of his investigation. And if this avenue of inquiry bears out, Mike Pence has seriously compromised himself.

White House staffers are lawyering up as Mueller begins to question them about their roles in crafting false statements about interactions between campaign officials and Russian operatives, signaling his interest in more than just legal and financial entanglements.

There is historical precedent for such statements to be given legal weight. Among the articles of impeachment for Richard Nixon was the charge of "making or causing to be made false or misleading public statements for the purpose of deceiving the people of the United States," referring to Nixon's repeated claims that he was not involved in illegal activity or the cover-up of those activities.

Donald Trump, Pence, and other senior figures within the Trump campaign have all made similarly Nixonian claims about contacts with Russia, which we now know were completely false.

And after Donald Trump Jr.'s testimony before the Senate Judiciary Committee, MSNBC's Rachel Maddow pointed out how this puts Pence in the hot seat.

"Mike Pence did bluntly assert multiple times that there had been no contacts between the Trump campaign and Russians during the campaign," Maddow noted.

She pointed out that Pence said former National Security Adviser Michael Flynn never talked to Russia about sanctions, and also highlighted Pence's statement that he didn't know about Flynn's ties to foreign businesses – both false claims.

Pence also lied when he said the removal of FBI Director James Comey was unrelated to the Russia investigation; he was in the room when Russia was brought up as part of the justification for the firing.

Maddow explained that figures like "White House communications staff, and senior advisers to the president, and the vice president himself, and the president's family members [are] all going to need good lawyers" if Mueller begins legal proceedings against those who publicly lied to cover up Russian contacts.

MADDOW: If this CNN report today is right, and the special counsel — who has the ability to prosecute crimes, right? — if the special counsel is now investigating administration officials for making misleading statements about ties to Russia, well yeah, that Donald Trump Sr. and Jr. statement lying about the purpose of the Trump Tower meeting with all the Russians, that's probably a pretty good place to start.

But if the special counsel sees it as in his remit to chase down people in the administration or in the campaign who created false pretext for the administration's actions around Russia, or who lied about contacts with Russia, or who told tall tales to the public to disguise or distract from Trump contacts with Russia or behavior towards Russians — well, if that's what he's investigating, that investigatory road is going to be a very long one.

And a lot of people in the administration, up to and including the White House communications staff, and senior advisers to the president, and the vice president himself, and the president's family members — they're all going to need good lawyers if Robert Mueller is going to start nailing people for that.

Pence has tried to distance himself from the Russia investigations, even as he makes contingency plans if things continue to go south for Trump.

But he has stuck out his neck on the issue too often for it to be ignored. He has stepped into the Trump quicksand, and there isn't any way out.