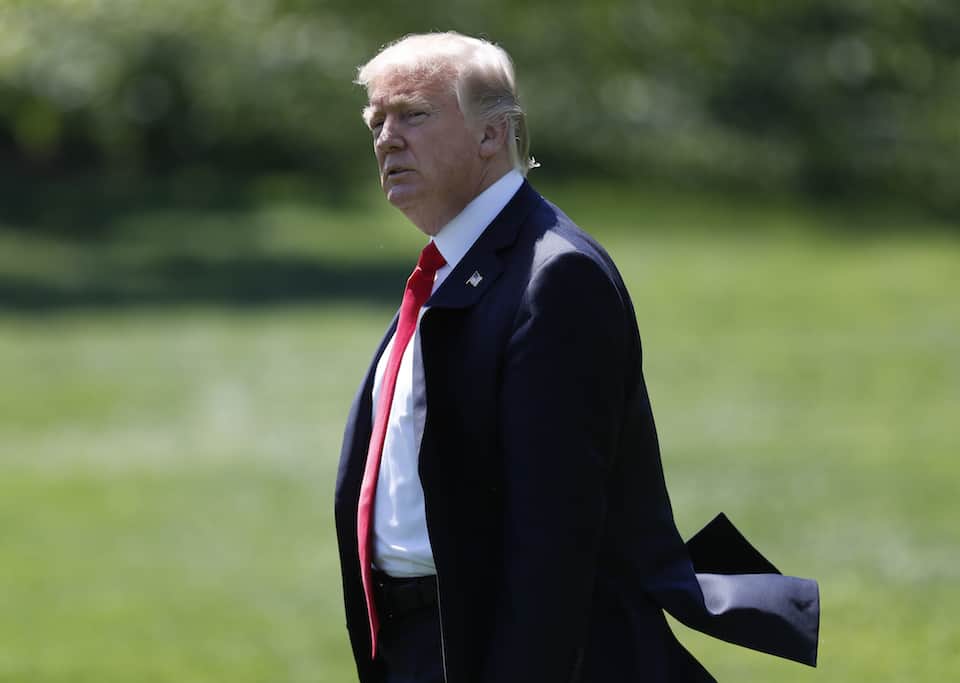 Donald Trump is set to give a speech at Snap-on Tools in Wisconsin, but if his last plant visit is any indication, they would be wise to lock the place down and hide. After Trump's visit to Boeing in February, the company shed 245 jobs, and has just announced another round that will mean hundreds more jobs lost.

Donald Trump is not exactly known for keeping his promises, but nowhere has he failed at it more spectacularly than at photo-op appearances in manufacturing plants.

With a scheduled speech at Snap-on Tools in Wisconsin, followed by the signing of a "Buy American, Hire American" Executive Order, it is worth remembering how his last such event worked out for the company he was visiting.

In February, Trump visited a Boeing plant in South Carolina, where he delivered a speech that included some familiar promises:

As your President, I am going to do everything I can to unleash the power of the American spirit and to put our great people back to work.  (Applause.)  This is our mantra: Buy American and Hire American.  (Applause.)

We want products made in America, made by American hands.  You probably saw the Keystone pipeline I approved recently, and the Dakota.  And I’m getting ready to sign the bill.  I said, where is the pipe made?  And they told me not here.  I said, that's good -- add a little sentence that you have to buy American steel.  (Applause.)  And you know what?  That's the way it is.  It’s the way it’s going to be.

We are going to fight for every last American job.

We have already reported that since then, Trump exempted the Keystone pipeline from the "buy American" provision. And Trump's promise to "fight for every last American job" did not work out so well either: According to Reuters, Boeing has just announced hundreds of layoffs, following an earlier round of 245:

Boeing Co warned employees on Monday it planned another round of involuntary layoffs that would affect hundreds of engineers at its commercial airplanes unit, according to a source and a memo seen by Reuters.

The latest job cuts followed a prior involuntary reduction of 245 workers set for May 19 as the company responded to increasing competition and slowing aircraft sales.

This was not even Trump's first go at damaging the company — as president-elect, Trump tanked Boeing's stock to the tune of a billion dollars by tweeting lies about them.

Trump is great at taking credit for jobs he had nothing to do with creating, but his true talent, it seems, is destroying jobs wherever he goes. Maybe it is not too late for Snap-on Tools to kill the lights and pretend no one is home.