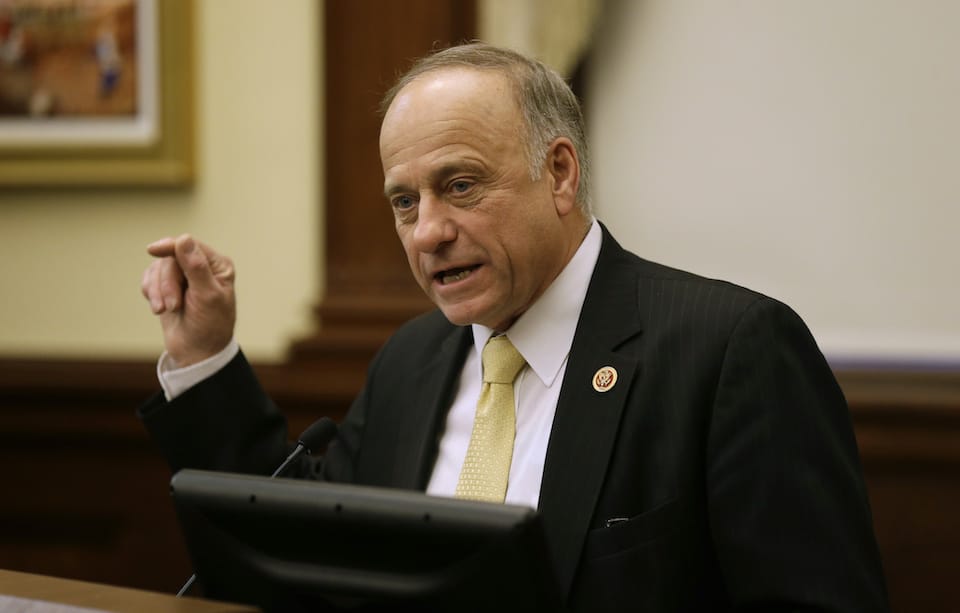 The unapologetically racist Rep. Steve King of Iowa tried to shut down Rep. Cedric Richmond, the head of the Congressional Black Caucus. It didn't work, and he refused to learn a thing.

Iowa Republican Steve King is one of the most unapologetically racist members of the House.

And he proved that again during a hearing of the House Judiciary Committee on an amendment King introduced to expedite the process of rounding up and deporting what King described as "unaccompanied alien children."

In suggesting that immigrant children from Latin American countries are the source of violent crime in America, he casually compared violent death rates from those countries to the homicide rates in New Orleans after Hurricane Katrina.

Democrat Rep. Cedric Richmond, who represents New Orleans and is chairman of the Congressional Black Caucus, rightly called him out for it.

"It's not appropriate, it's insensitive, and it's nothing more than traditional white privilege of 'let me criticize a minority city,'" Richmond said.

"I'd suggest that if the gentleman can't participate in an open discussion on this, then it might be better for one of us — and that would in particular be you, the gentleman from Louisiana — to remove himself from the room if he can't restrain himself."

Even after King was told by his fellow Republican and the chairman of the committee, Virginia's Bob Goodlatte, that his "remark is not appropriate," King continued to insult Richmond:

That King would accuse a fellow congressman of intimidation and tell him to "restrain himself" and accuse him of "intimidation" is not surprising, given King's record of condescension toward and about people of color.

In April, King blew off a meeting with a Venezuelan-American immigrant who lives in his district, and when she announced on Twitter that he failed to show up, he tweeted back at her, "Do you always lie in English?"

King in fact has a habit of questioning the English skills of people of color. In 2014, King was confronted by Erika Andiola, a “Proud Undocumented and Unafraid Mexican-American,” who challenged him on his draconian anti-immigrant policies. He snidely responded, "You’re very good at English, you know what I’m saying."

It is bad enough that King would treat anyone with such condescension, but that he would treat a fellow member of Congress that way is truly shocking — especially in light of recent remarks King made about the shooting in which Rep. Steve Scalise and four others were injured. King insisted that President Barack Obama was partly to blame for the shooting because he had "contributed mightily to dividing us."

If King were serious about wanting unity and civility, he would not treat a colleague with such open disdain. But given his racist record, that does not seem to be of interest to the congressman from Iowa.