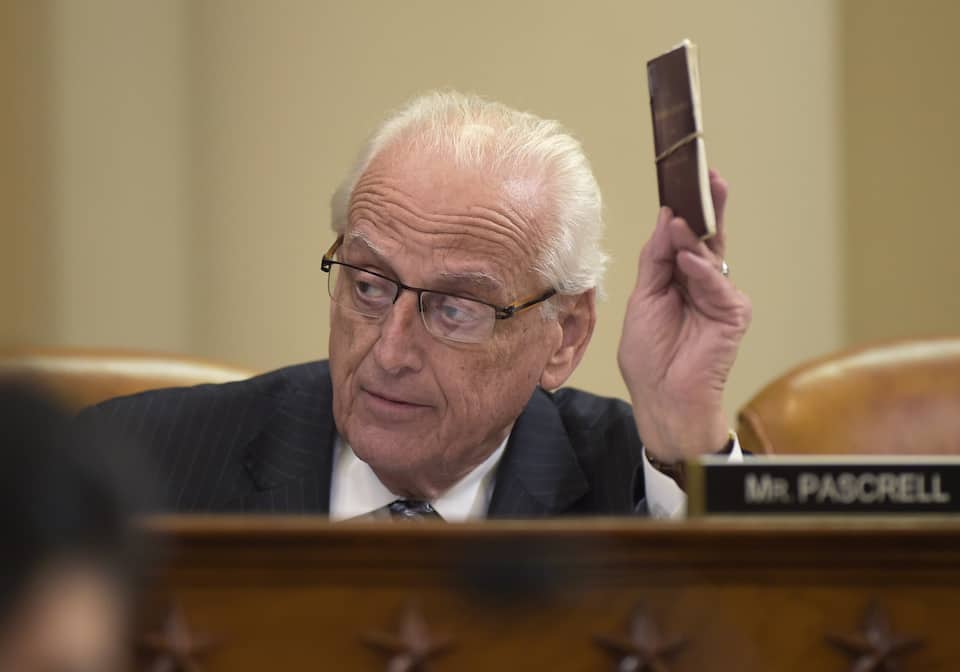 Democrats on the House Ways and Means Committee, spearheaded by Rep. Bill Pascrell, Jr. (D-NJ), urged their committee to pass legislation that would allow them to review Donald Trump's tax returns. Despite several Republican members' agreement that Trump should release his returns, they unanimously voted the measure down.

Aside from a self-serving leak of cherry-picked tax documents, Donald Trump has steadfastly refused to release his tax returns, despite massive public pressure to do so. Those voluminous documents could hold the key to exposing Trump's conflicts of interests with Russia, and elsewhere, but Republicans have been largely silent on the issue.

That has not stopped Democrats from trying to shake those returns loose, including a measure to force the Treasury Department to provide 10 years of Trump's tax returns for review by the House Ways and Means Committee. At a markup hearing on the resolution, Rep. Bill Pascrell, Jr. (D-NJ) — who sponsored the legislation — explained to the committee their duty to examine Donald Trump's tax returns:

It is our responsibility under the constitution, Mr. Chairman — very clear, very clear — to provide oversight of the executive branch, and root out conflicts of interest. That is our responsibility. It defined in the Constitution of the United States. Breaking with 40 years of precedent, Donald Trump has refused as a candidate and as president to release his tax returns. Which begs the question, what is he hiding? We know that under section 6103 of the Internal Revenue Code, this committee, the Committee on Ways and Means, has the authority to obtain for review, for review, president Trump's tax returns. We have justifiable cause, Mr. Chairman, not only to review simply for tax compliance, but also for conflicts between his government position and his business interests.

During that very contentious hearing, a defiant Pascrell fended off Republican efforts to shut him down, and in one particularly dramatic moment, directly asked one of his Republican colleagues, Rep. Patrick Meehan (R-PA), if Trump should release his tax returns:

PASCRELL: Mr. Meehan, do you believe that President Trump should release his tax returns, and all the supplementals that go with it, of course? Yes or no?

MEEHAN: I wish he would. I call upon him to do it.

In a particularly Orwellian touch, Meehan would later respond to Pascrell by referring to this essential bid for transparency as "tyranny."

As Pascrell noted, Meehan was not the only Republican on the committee to call on Trump to release his tax returns, yet when it came time to vote on the legislation, they all voted to "report the resolution unfavorably" to the full House:

In the opinion of the chair, the "ayes" have it.

Sooner or later, the truth about Trump will unravel, and when it does, there will be very few Republicans who will be able to hold their heads high and say they did the right thing. The rest will have an awful lot of explaining to do.