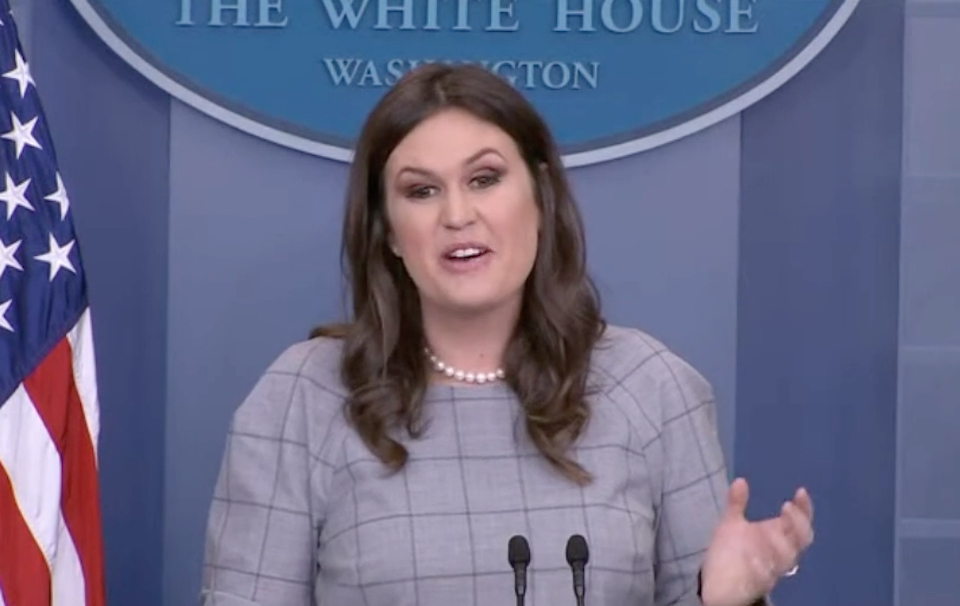 For the Trump administration to block women's access to birth control is bad enough. To laugh at those women is exceptionally cruel.

Donald Trump has utterly failed to deliver on his threat to repeal Obamacare and harm the millions of men and women who have health care because of it. So he's going to punish women directly instead.

On Friday, his administration announced that he is rolling back the critical provision that covers birth control — a cruel, unnecessary, and costly decision that will affect 62 million women and their families.

Asked by Fox Business Network correspondent Blake Burman to respond to the millions of women who will lose their access to basic health care because of the Trump administration's vengeful decision, White House press secretary Sarah Huckabee Sanders's response was appalling.

She laughed — laughed — and then dared to suggest anyone who disagrees with the decision does not support the Constitution the way Donald Trump does.

BURMAN: What would you say, maybe, to the women out there, or to the families out there, who now have to pay more out of their pocket to get contraception coverage that they choose and that they desire?

SANDERS: This is a president who supports the First Amendment, supports [laughs] the freedom of religion — I don't understand why that should be an issue. The Supreme Court has validated this decision, certainly, many times over, and the president is somebody who believes in the Constitution. If people don't like what the Constitution says, they should talk to Congress about changing it.

It is hard to imagine laughing at anyone who will be forced to spend more money on basic health care — or lose it altogether because they can no longer afford it at all. But in between her chuckles, Sanders also stated something that is simply untrue. The Supreme Court has not validated this decision even once, let alone "many times over."

The decision was announced on Friday. The ACLU and other organizations have said they will sue the administration to protect women's access to birth control. However, no such case currently exists and certainly has not made its way to the Supreme Court.

It is especially galling that she would claim this decision has anything to do with Trump's love of the First Amendment. Trump has incessantly attacked the First Amendment, and members of his administration — including Sanders — have as well, as recently as one day ago.

Trump started on Thursday morning with an outrageous demand that Congress investigate U.S. media for unfavorable coverage of him. Later, at the Thursday press briefing, Sanders defended Trump's attacks on the First Amendment, saying, "We need a to move towards more fair, more accurate and frankly a more responsible news media for the American people."

It is the height of hypocrisy for an administration that only the day before was attacking the First Amendment to then hide behind it to justify its attack on women's health care.

But it also reveals an ugly truth about this administration. The rollback of a provision that has helped bring the rate of unintended pregnancy to a 30-year low and saved women more than $1.4 billion on their birth control serves no legitimate purpose. It is a gift to the most radical right extremists in the country — one of whom happens to be the vice president.