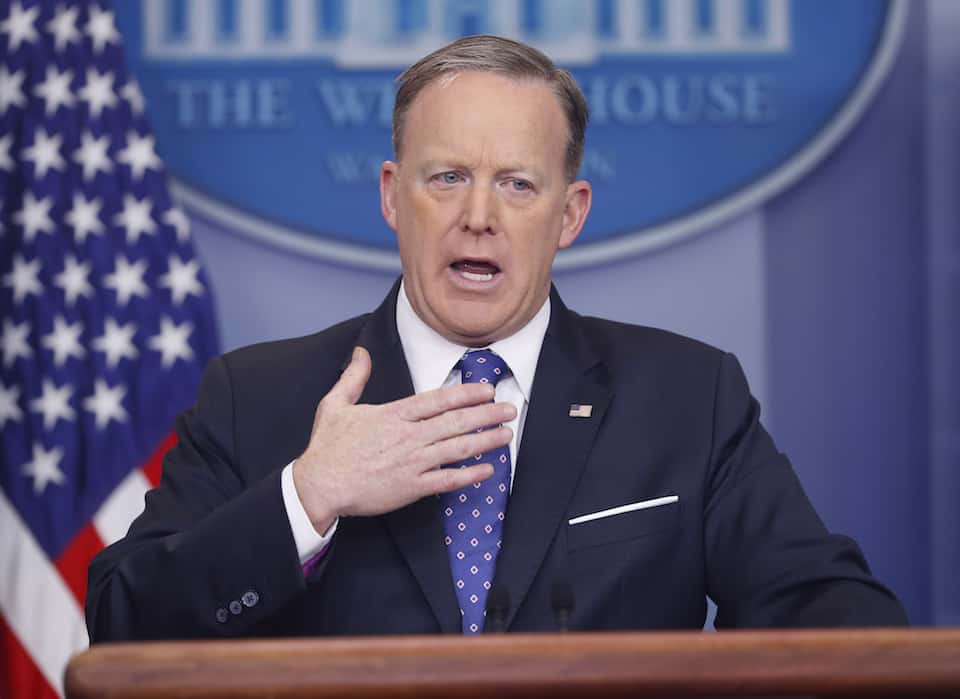 On the heels of yet more revelations about Donald Trump's Russia ties, White House Press Secretary Sean Spicer delivered a truly jaw-dropping response when he was asked if he could say, with certainty, that no foreign agents are currently working in the White House.

After FBI Director James Comey revealed that Donald Trump is under investigation for possible coordination with the Russian government, and that he had employed a National Security Advisor who failed to register as an agent of a foreign government, the press is rightly concerned that yet more foreign influences are embedded in Trump's White House.

But White House Press Secretary Sean Spicer failed at quelling those concerns when NBC News' Peter Alexander flatly asked him if he could say, with certainty, that "there's nobody working for this White House that is presently working in the interest of a foreign government?"

ALEXANDER: Can you say for certainty that right now, that there's nobody working for this White House that is presently working in the interest of a foreign government?

SPICER: I can tell you that every form has been filled out. That —

ALEXANDER: So you trust —

SPICER: Absolutely. You've got to — people are filling out forms, so to sit here and ask me whether I can vouch for, whatever it is, a few hundred people, that have filled out everything, you know, that would be ridiculous to stand here and suggest that I possibly could.

The administration — which insists on "extreme vetting" of refugees who already undergo a years-long vetting process — apparently believes they can keep foreign agents out of the White House by believing what people write on forms.

This is yet another example of an administration that is not just morally and legally suspect, but also frighteningly incompetent.