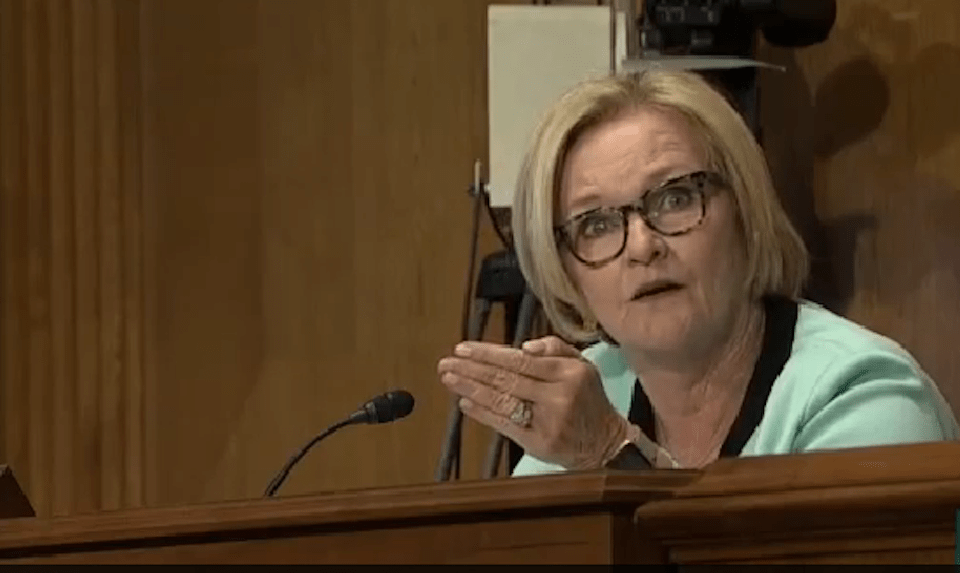 While everyone was paying attention to the explosive allegations in James Comey's testimony, Senate Republicans are quietly trying to seize their chance to fast-track Obamacare repeal.

No one can say with certainty what the finished Senate bill will look like — because it is a secret.

The bill is being negotiated behind closed doors by a "working group" of 13 men and zero women. There will be no public hearings or markups, no Democratic senators will be included, and Senate Majority Leader Mitch McConnell will hold a vote on June 30, a few days after the bill is released.

But Democrats are having none of it. In a meeting of the Finance Committee, Sen. Claire McCaskill (D-MO) blasted Chairman Orrin Hatch (R-UT) when he tried to defend the GOP's health care debate process:

HATCH: We've invited you to participate and give your ideas and—

MCCASKILL: No, no, that's not true, Mr. Chairman. Let me just say, I watched carefully all the hearings that went on on the [Affordable Care Act]. I was not a member of this committee at the time, although I would have liked to be. Senator Grassley was the ranking member. Dozens of Republican amendments were offered and accepted in that hearing process. And when you say you're "inviting us" — and we heard you, Mr. Secretary, just say we'd love your support — for what? We don't even know! We have no idea what's being proposed. There's a group of guys in a back room somewhere that are making these decisions. There were no hearings in the House.

I mean, listen, this is hard to take. Because, I know we made mistakes on the [Affordable Care Act], Mr. Secretary. And one of the criticisms we got over and over again that the vote was partisan. Well, you couldn't have a more partisan exercise than what you're engaged in right now. We're not even gonna have a hearing, on a bill that impacts one-sixth of our economy. We're not gonna have an opportunity to offer a single amendment. It is all being done with an eye to try to get it by with 50 votes and the Vice President.

I am stunned that that's what Leader McConnell would call regular order, which he sanctimoniously said would be the order of the day when the Republicans took the Senate over.

McCaskill is right. When Democrats had control of Congress, the health care debate over what became the Affordable Care Act was very different.

Despite the fact that Democrats had 58 senators and a much clearer mandate than Republicans do today, they held dozens of public hearings, took endless input from the committee's ranking Republican, Sen. Chuck Grassley, and agreed to over 160 Republican amendments to the bill. The fact that zero Republicans voted for the final version of Obamacare is a testament to their partisanship, not to Democrats'.

The GOP's attempt to ram through Obamacare repeal with no public hearings and without even letting Democrats on the Senate Finance Committee see it is also a testament to how little they value accountability and transparency on even the most major issues, and how afraid they are of public backlash.

Although many Republican senators swore the House bill was too extreme for them and they would start from scratch, the few details we know of the Senate bill suggest their plan is basically the same.

For instance, "moderate" Republican senators like Nevada's Dean Heller, Ohio's Rob Portman, and West Virginia's Shelley Moore Capito all claimed they would not support the House's plan to end the Medicaid expansion, but all three of them now support a proposal to phase out Medicaid expansion that shifts the date until after they are re-elected.

McCaskill stood up and told Senate Republicans what much of the nation feels: that we deserve more from our elected leaders. Everyone needs health care, so when the Senate takes up the issue, everyone deserves to be heard and included. Republicans have time and again refused to allow this, but nothing they can do will stop Democrats from fighting for the people.