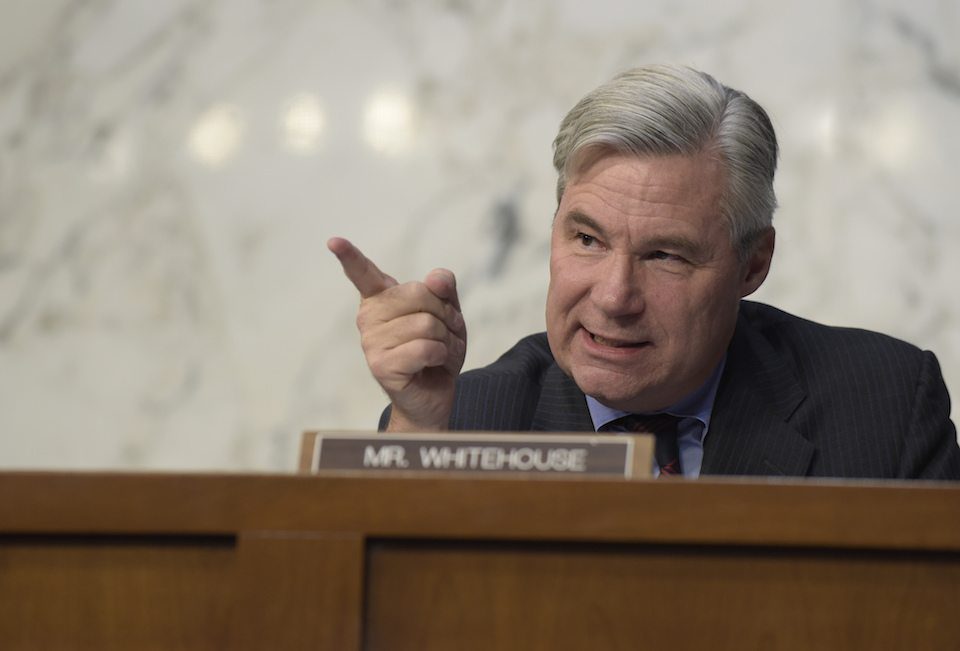 The latest Trump team climate denier faced senators during a confirmation hearing. It did not go well.

The White House’s refusal to nominate qualified people for senior positions in the government, let alone people who are distinguished in their fields, may have hit a new public low.

On Tuesday, an adamant climate denier who has little grasp on science completely floundered while facing simple questions during her Senate confirmation hearing.

Kathleen Hartnett White, the Trump administration’s nominee to the White House Council on Environmental Quality, represents the latest in a long list of climate deniers the Trump White House has promoted. White has previously insisted that climate change is the “dogmatic claim of ideologues and clerics,” that “fossil fuels dissolved the economic justification for slavery,” and that Pope Francis’ public advocacy for action to curb global warming was akin to the Catholic Church’s arrest of Galileo for heresy in 1633.

But what seemed to set White apart on Tuesday from previous climate deniers who have faced confirmation hearings was her complete lack of understanding about science when faced with questions that many high school students would easily be able answer.

Hemming and hawing, stammering and pausing for long periods, White came across as utterly bewildered about science and the environment — while she was trying to be confirmed to an Environment Quality council.

In a hearing full of low points for White, one may have come when she was questioned by Sen. Sheldon Whitehouse (D-RI) who asked her a series of straight-forward, Climate 101 questions — like if water expands as it warms. His questions seemed to utterly baffle White:

WHITEHOUSE: Do you think that if the ocean warms it expands? Does the law of thermal expansion apply to seawater?

WHITE: Again, I’m not, I do not have any kind of expertise or even much layman’s study of the ocean dynamics and the climate change issue.

WHITEHOUSE: Just enough to know that you think there is not science that establishes clearly how much of the heat has been taken up by the ocean. You know that, right? You said you knew that.

But it wasn’t just Whitehouse who had trouble getting White to make any sensible statements.

When Sen. Jeff Merkley (D-OR) referenced a recent climate report published by the Trump administration that concluded there is “no alternative explanation” for climate change other than humans, White dismissed it as the work of the “past administration.”

Merkley responded, “Your positions are so far out of the mainstream, they’re not just outliers they’re outrageous.”

Later the senator noted, “Scientists are telling us coral reefs are dying, and you’re saying “if” it’s happening? I mean, don’t you believe it is happening? Based on the reports from around the world?”

White begged off, “I would need to read some statement of that science.”

In reality, the Trump administration seems allergic to statements of science.