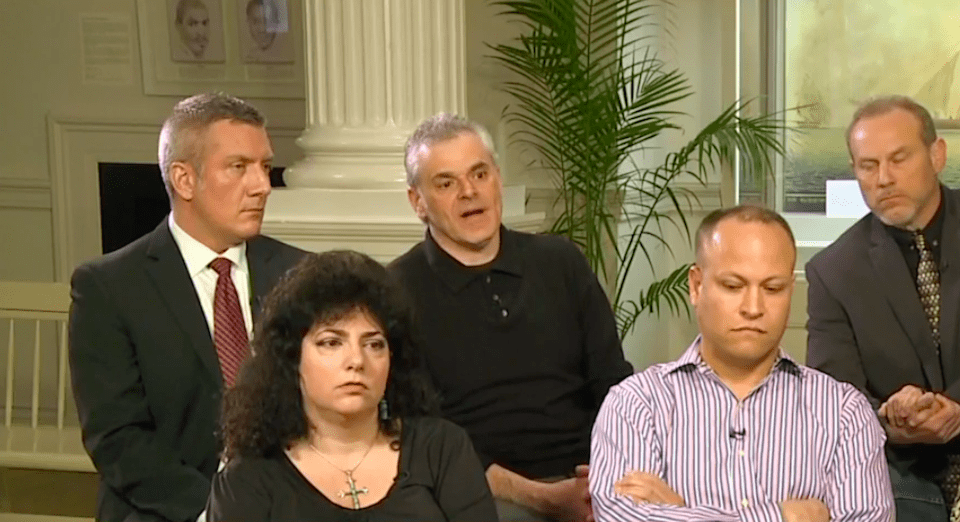 A panel of Trump voters on CNN echoed his voter fraud conspiracy theory, only to backtrack when the anchor pushed them to back up their claims with facts.

Much of Donald Trump's voter base has unfortunately swallowed whole many of the lies and conspiracy theories promoted by Trump and his team, including the repeatedly debunked allegation that "busloads" of undocumented immigrants were brought in to pad Hillary Clinton's popular vote win.

On CNN's New Day, host Alisyn Camerota spoke with a panel of Trump voters, and one man again invoked the made-up story, claiming to have seen "busloads of people" brought to the polls, while another voter alleged that in New Hampshire, he had seen cars at polling places with out of state tags.

But when pressed by Camerota to back up their claims, both men faltered. The second man admitted that many people work in Massachusetts while living in New Hampshire and vice-versa, so he could not say they were illegal votes. The first man conceded that the "busloads" he claimed to have seen may really have been on TV (that did not happen either).

BILL: We don't know as far as the votes and fraud and everything else — my assumption is that he probably would have gotten elected by a higher number than what the results actually showed.

CAMEROTA: But are you saying that you believe that there were 3-5 million illegals who voted?

BILL: Well, I know that in New Hampshire — I've seen it. I've seen busloads of people.

CAMEROTA: This is what we keep coming back to. When you say you've seen it, do you mean a dozen or do you mean 3 million? There's a difference.

BILL: Well, I don't doubt that. Extrapolating based on what I've seen, with my own eyes, busloads of people coming in. — whether they're illegal, meaning they came into the country illegally or they're illegal voters —

BILL: — came over from Massachusetts into New Hampshire.

CAMEROTA: Just to be clear –

JOSH: But nobody cares.

CAMEROTA: I care. Just to be clear: You saw with your own eyes, busloads and busloads of people coming from somewhere other than New Hampshire to vote? You saw that?

CAMEROTA: Josh, did you see busloads and busloads of people coming in from somewhere —

JOSH: I wouldn't characterize it as 'busloads and busloads'.

CAMEROTA: What have you seen?

JOSH: But I've seen cars coming in from out of state, that are full, with out of state plates. I live right across the street from the polling place in my ward. It's noteworthy to consider when 8 or 10 people get out of 2 or 3 cars —

CAMEROTA: You think that people from Massachusetts are driving across the border to vote in your ward?

JOSH: I believe that's the case, yeah. And whether its Massachusetts or Maine, or some other state, there are people coming across — and it's not fair to wholesale characterize it as voter fraud, because maybe they're borrowing —

CAMEROTA: Maybe they are. Bill are you sticking with that, that you've seen busloads or no?

BILL: I have seen busloads, yeah — I guess I can't cite the busloads that I've seen and where I've seen them — but on television I've seen it.

Trump's voter fraud lie was based on a right-wing crank's allegations, which he was unable to back up with anything resembling evidence, while his own campaign admitted in legal filings that the claim was completely without merit.

Yet Trump has continued to push this fake news story as a way to minimize the fact that a plurality of the voters rejected him on election day, leaving him to rely on the electoral college for his victory. An unfortunate side effect is that conservatives, soaked in an environment of disinformation created by right wing media and fake news (sometimes coming from Russia), have duped themselves into believing the nonsense.

The fact remains that Trump lost the popular vote by nearly 3 million votes to Hillary Clinton, and the margin of victory was provided by legal American voters across the nation.