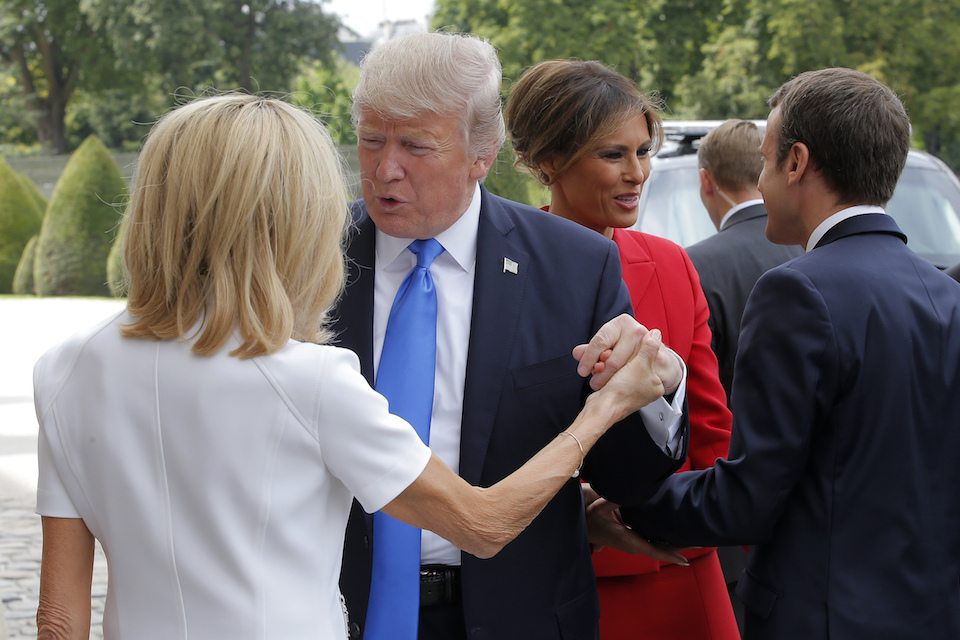 (AP Photo/Michel Euler)
Get The American Independent in your inbox

Donald Trump just can't help himself around women. And that's a disgrace.

It is fast becoming tradition to ask how Donald Trump will embarrass himself when he travels to foreign countries.

During his trip to France, the answer is extremely cringe-worthy.

"You're in such good shape," he said to France's first lady, Brigitte Macron, while Melania Trump stood beside him.

Then, turning to President Emmanuel Macron, he added, "She's in such good physical shape. Beautiful."

It's the kind of comment that would be inappropriate and unacceptable for any president to make. But for this president in particular — who has a long history of inappropriate comments to and about women, including his own daughter, and who was caught on tape bragging about sexual assault — it's nothing short of horrifying.

Before his trip, Trump was keeping himself out of sight — and out of the office. Given his unpresidential and obnoxious behavior once he ventured out from the East Wing, perhaps he should have stayed there.