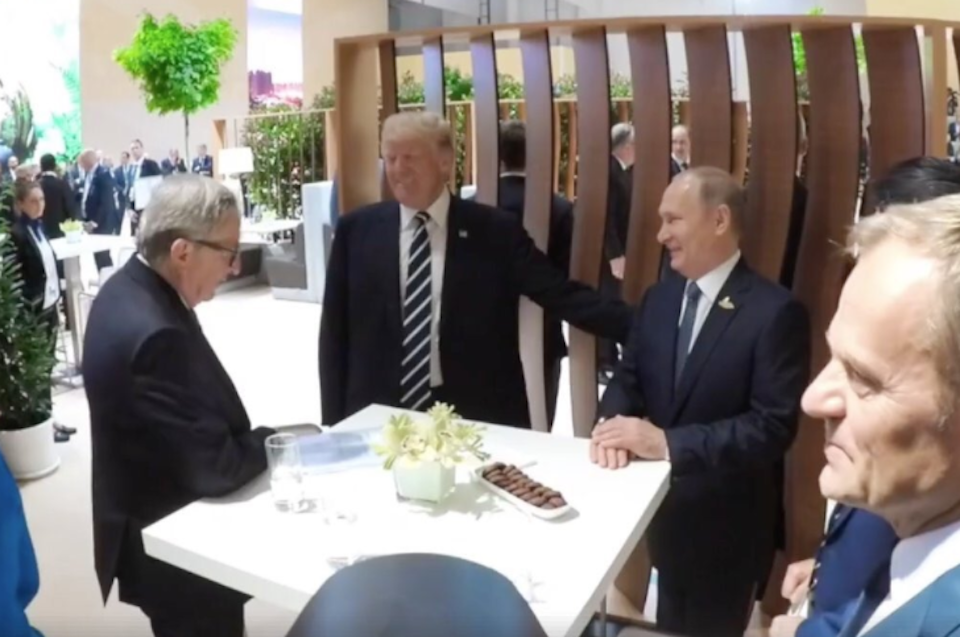 German Cabinet's Facebook page
Get The American Independent in your inbox

After inviting Russia to hack the U.S. election, refusing to definitively say Russia interfered in our democracy, and going easy on Vladimir Putin since, Donald Trump is now literally patting Putin on the back.

The footage is in from Donald Trump and Vladimir Putin meeting at the G20 summit. Questions have been swirling about whether Trump will confront Putin about interfering in the 2016 U.S. election.

The video, showing Trump warmly greeting Putin with a handshake and a pat on the back is not a positive indication:

Putin and Trump handshake + Trump pats him on the back pic.twitter.com/FZQUh3XrA3

It is also a stark contrast with Trump's meeting with German Chancellor Angela Merkel in the Oval Office in which he refused to shake her hand and barely even looked her in the eye.

No wonder global leaders are blasting him for failing to lead the world and his global approval numbers are even lower abroad than at home.

And no wonder Trump's own aides are concerned the meeting will expose his allegiance to Putin.

We are in very dangerous territory.