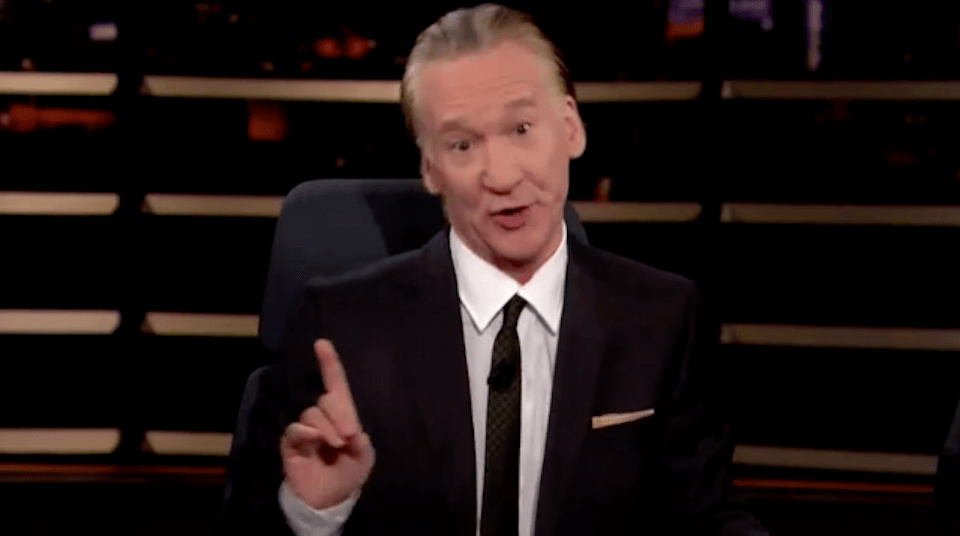 One of the key challenges facing Democrats is the reluctance, by some on the left, to centering issues of discrimination and bias. That challenge is evident on a nearly weekly basis on HBO's Real Time with Bill Maher, whose host continually insists that Democrats lose elections because of over-sensitivity to racism, sexism, homophobia, transphobia, and xenophobia. This week, however, was not the time for him to pick that fight again, as he met stiff resistance in the form of activist Neera Tanden.

Maher began with the sexist premise that Hillary Clinton should "stay in the woods" and keep silent, then slammed Clinton for defending Rep. Maxine Waters (D-CA) and White House reporter April Ryan from the racist, sexist attacks they endured from from Fox host Bill O'Reilly and White House Press Secretary Sean Spicer. Neera Tanden, appropriately attired in a "Resist" t-shirt, let Maher and his panel have it:

MAHER: The other side of it is, Hillary, stay in the woods, okay? You had your shot, you fucked it up, you're Bill Buckner, we had the World Series, and you let the grounder go through your legs. Let someone else have the chance. This, to me — the fact that she's coming back, it just verifies every bad thing anyone's ever thought about the Clintons, that it's all about them. Let some of the other shorter trees get some of the sunlight.

MAHER: Yeah, but what did she speak out about? She speak out because Bill O'Reilly made a joke about Maxine Waters' hair. This is so typical of—

MAHER: She spoke out about a joke—

TANDEN: It wasn't the only thing she said.

MAHER: You know what? This is why the Democrats lost the election in the first place. Because they cannot get their priorities straight, and they never fail to take the bait about little bullshit issues of, of—

MAHER: Why is that racist? Why is it racist? Because she compared two Black people?

TANDEN: Okay, do you know how April Ryan was treated? Are you saying that he would've treated a man like that? Is that what you're saying, a white dude like that? I don't think that's right.

MAHER: Yes, I don't think he — you're referring to the fact that he—

MAHER: ...referred to a woman in the audience, in his briefing, April Ryan, who is an African American, and they were going back and forth, and she was shaking her head, and he said "Please stop shaking your head," and you go immediately to, it's a racist thing about "Oh, no he didn't!"

SANTORUM: Excuse me, if I may, if I may. As someone who comes on this show, who can take a joke about Catholic priests, and doesn't scream and holler of how offended I am [Tanden did not scream and holler], and how horrible this is ... I shook my head and said "Off-color joke." You know what? We're big boys and girls here—

SANTORUM: Don't be outraged at every offense. No, that's one of the problems we have.

TANDEN: It's just sort of easy—

SANTORUM: Stop the fake outrage, is what's going on.

SANTORUM: It is fake outra— Well, if it isn't fake outrage, then you should learn to take a joke and move on.

TANDEN: You're right, you're right. The first four, five months of Trump, there's been no — we're all over-sensitive about the attacks on women, people of color. You're right. That's exactly the issue.

MAHER: No, but there are real issues about that, not jokes.

Fighting discrimination and bias is not a hindrance to liberal Democratic politics or to economic equality; it is the foundation of it. We have 68 million votes to prove it.