Home National Watching the hearings, I learned my 'Bernie bro' harassers may have been...
Support progressive journalism.
Donate today 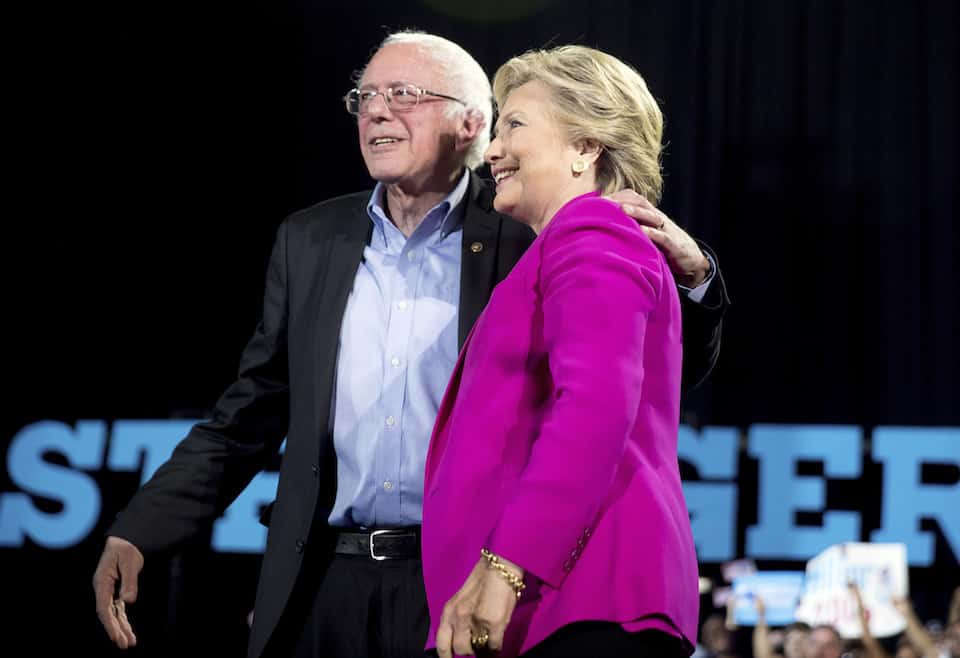 Democrats may not have been as divided as we were led to believe during the 2016 election season. I received daily abuse from "pro-Bernie" Twitter accounts I now know were not real people, but Russian bots.

When it was revealed during the Senate Intelligence Committee hearing that Russian bots (computer algorithm controlled social media accounts) on Twitter had masqueraded as "Bernie Bros" during the 2015-2016 election cycle, it was not news to me — it was confirmation of my experience.

During the campaign season, I was vocal on Twitter about my support for Hillary Clinton. As a result, I became used to receiving sexualized and gendered abuse, and even rape and death threats, on a daily basis.

A great deal of the abuse came from so-called #MAGA accounts, the "Make America Great Again" hashtag by which Donald Trump supporters, and those pretending to be such, identified themselves. As more and more information came out about Trump's ties to Russia, I began to suspect — correctly — that many of these accounts were not real people but rather were accounts with fake identities or bots.

Indeed, some estimates now say that as much as one-fifth of Twitter traffic was controlled by pro-Trump, anti-Clinton bots and troll accounts during the election. With these #MAGA account attacks, it was relatively easy to block them and move on — emotionally, at least, as the abuse they delivered was easy to deflect because "they" were not "people" with whom I believed I had values in common in the first place.

However, the rest of the abuse came from accounts purporting to be supporters of Vermont Independent Senator Bernie Sanders. And these were "people" with whom I believed I shared common values and policy interests. Almost all of the accounts presented as men — mostly young and white — and used sexist and misogynistic tones and words. I was called "mom" and "grandma" as epithets by these "young men." I was called every vile sexualized name you can imagine. For some reason that I did not understand at the time, they liked to call me a "vagina." (I now believe non-native English — i.e. Russian — speakers wrote the algorithms controlling these bots and perhaps imagined "vagina" to be the equivalent of the c-word when hurled at a woman.) Not being conversant in the mechanisms of Russian psychological warfare techniques at the time, it never occurred to me that, like the #MAGA bots, these "Bernie Bro" accounts were actually bots too.

And the abuse from these accounts was much harder to dismiss. It went in further, emotionally speaking. The vitriol of the attacks felt like a painful betrayal. After all, "we" probably shared 99 percent of our political perspective; we just supported different candidates — which is something I said repeatedly in my attempts to appeal to reason with some of the attackers over the course of those long months. Nonetheless, even the mildest criticism of Sanders or comment of support for Clinton would bring out a swarm of these "Bernie Bro" accounts spouting off with abusive language and mockery.

It was not just me who experienced this — nearly every female supporter of Clinton I know who was outspoken on Twitter or Facebook received similar treatment. In addition, men of color who were vocal Clinton supporters were targeted in a similar way. The abuse was also highly targeted toward journalists, especially female journalists reporting on the primary and opinion journalists who were supportive of Clinton.

None of us knew we were being targeted for psychological warfare by a foreign power during these exchanges.

The attacks started in late 2015 and escalated through early 2016. Most of these accounts no longer exist to link to, but others on twitter noticed similar patterns.

@aravosis
Fwiw, I am not infrequently called "mom" or "grandma" as a SLUR by Sanders supporters on here.

Sanders supporters have already called me an "old white bitch", a "melodramatic moron", an "old fossil", and a "vagina".

Today is going to be awesome! pic.twitter.com/f9TwFQxgYf

Me too. If I don't get called cunt, shill, bitch, whore,& troll on daily basis I feel I've failed

The experience was confusing and deeply concerning. I worried if my generation of feminists had missed huge numbers of young men self-identifying as progressives who so clearly hated women. I worried for my daughter's future as she grows up and enters into a world populated by such supposed allies.

It was even worse when I spoke to friends who were Sanders supporters; they often didn't believe the "Bernie Bro" phenomenon I described had any basis in reality. It simply did not match with their experience of Sanders supporters — they believed their reality, and I believed mine. Even my own mother (who was a Sanders supporter) did not fully believe me about the extent until I showed her my Twitter mentions.

As a result of this dynamic, divisions in relationships were created that had never before existed. People with common values and political goals became highly and bizarrely polarized and isolated.

And the attacks worked. Some women left Twitter altogether as a result of the abuse. Even I became far less outspoken than I normally am in the face of it. A near vacuum of public expressions of support for Clinton came to exist on social media. On their end, Sanders supporters were flooded with a wave of anti-Clinton fake news stories. Many Clinton supporters came to feel isolated, just as the Sanders supporters came to feel misrepresented. Many (real) people from both the Sanders and Clinton camps still harbor resentments toward the other. As importantly, we have no way of measuring the degree to which these types of "active measure" by Russia suppressed turnout of Clinton voters.

One thing we know for sure: it certainly suppressed our voices.

The first time I knew the #MAGA accounts had been bots, and the first time it occurred to me that the "Bernie Bro" accounts might also have been, was on November 9th, the day after the election. The accounts went totally silent. That is just not a normal human reaction. I had expected them to be making victory laps on Twitter. In fact, they were not just silent; the vast majority of them were gone. Poof. I blocked thousands of these accounts on Twitter over the course of about 18 months. When I went to check my list of blocked accounts, there were about a dozen left in existence.

Their job was done: Hillary Clinton had been defeated, and Donald Trump had been elected to the office of the president of the United States.

But here is the good news: those "Bernie Bros"? A significant number of them — perhaps even the vast majority of them — were bots. They were not our progressive allies, weirdly hurling racist and misogynist language in overwhelming waves. Does that mean racism and sexism are no longer a problem on the left? Of course not. And we need to address it with our social and professional networks whenever we can — including discussion of the fault lines that were clumsily highlighted by Russian operatives.

The challenge now is to mend these tears in the fabric of the Democratic Party that were exacerbated and sometimes created whole-cloth by Russian active measures, designed to destroy America from within by turning us against one another. We can all agree we face a real and present danger from the Trump presidency and GOP control of both houses of Congress. Witnessing the Republicans' heartless and destructive political goals laid bare, we can also all now likely agree our differences are ones of degree rather than essential values.

Our way is better than theirs. And in the silence of the bots we can hear: there are so many more of us.