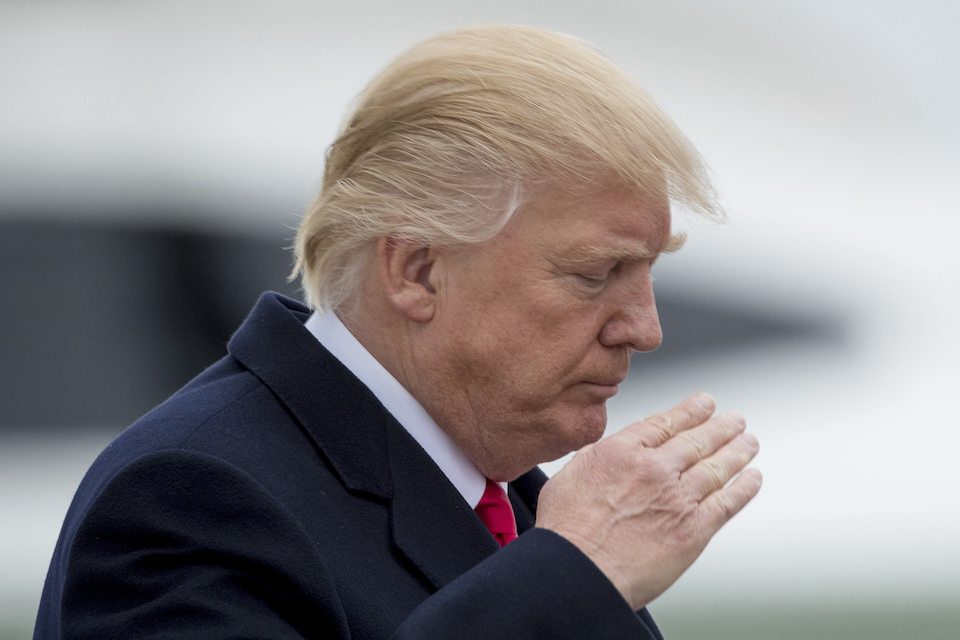 "It's a dangerous moment in our history," says Carl Bernstein. Meanwhile, more Republican senators pile on Trump with new bouts of criticism.

Famed Watergate reporter Carl Bernstein told CNN there’s a growing consensus within senior levels of the government that Donald Trump is “unfit to be the president of the United States.”

Stressing there is “increasing talk about his emotional and mental stability,” Bernstein warned, “This is extraordinary. It's a dangerous moment in our history.”

Alluding to the fact that all five branches of the U.S. military felt compelled to counter Trump’s rhetoric this week by issuing statements on social media reaffirm their commitment to tolerance, Bernstein says military leaders "believe that this president traffics in racism" and that "they have no use for what they are seeing."

"They have given up on this president," Bernstein added.

That growing sense of alarm isn’t coming from what Trump would dismiss as “fake news.” Within his own party, the attacks on the White House on Thursday became becoming louder and even bolder. All of this comes as political, business, religious, and cultural leaders try to make sense of Trump's off-the-rails comments on Tuesday when he defended white nationalists who rioted Saturday in Charlottesville, Virginia.

"The President has not yet been able to demonstrate the stability nor some of the competence that he needs to be successful," said Sen. Bob Corker (R-TN) while attending a Rotary Club meeting in Chattanooga, Tennessee, on Thursday. “He also recently has not demonstrated that he understands the character of this nation.”

Those are extraordinary comments for the Republican chairman of the Foreign Relations Committee to be making about a sitting Republican president.

BERNSTEIN: I think there's considerable evidence that there is a consensus developing in the military, at the highest levels, in the intelligence community, among Republicans in Congress, including the leaders in the business community that the president of the United States, Donald Trump, is unfit to be the president of the United States. And that's the undercurrent. I've talked to you about it for weeks, that I've been hearing in Washington. There is increasing talk about his emotional and mental stability, as David Gergen referred to earlier.

But more than anything else, I think there's a sense among military, congressional, business leaders that he's in a kind of freefall, and he may not have many parachutes left except for his base to land safely. And that's awful thin cushion.

We've never seen anything like this. We don't know where it's going. We're in a presidential crisis of leadership, because his moral authority is gone with these constituencies that are essential for him to govern.