Home National We are under attack. Republican leaders, where is your patriotism?
Support progressive journalism.
Donate today 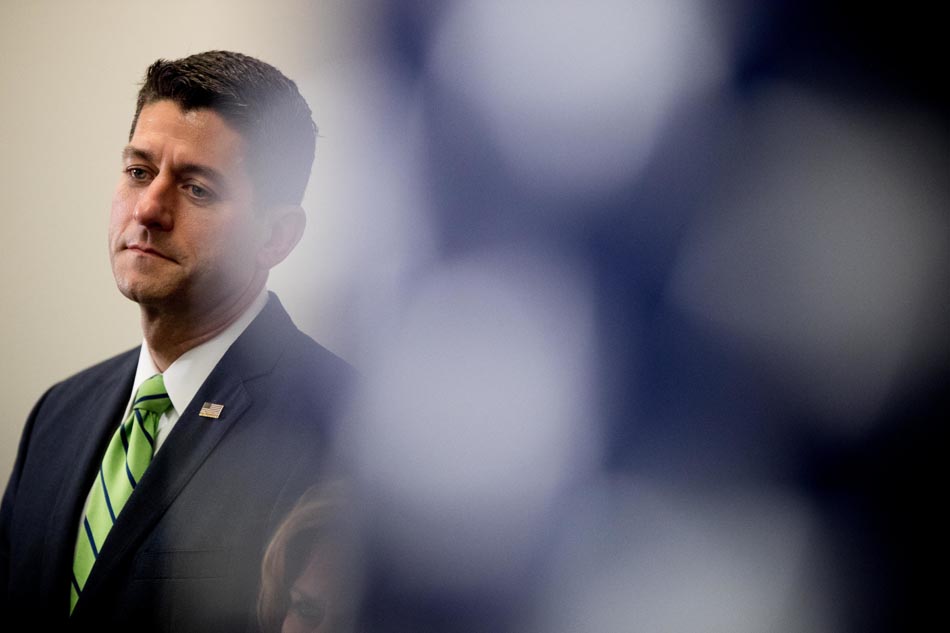 The Republican leadership's silence on — or outright obstructionism to prevent meaningful investigations into — Russian interference in our election leaves me questioning their loyalty to this nation and its people.

We are in the midst of a national crisis: The U.S. intelligence community has confirmed that Russia interfered in the election, in order to help Donald Trump get elected. They now have evidence that Russian President Vladimir Putin was orchestrating the interference. This was not, as Trump has suggested, just some hacker sitting on his bed, but an orchestrated campaign of subversion directed by the head of a foreign state, in order to influence our election results.

That is an outrage. It certainly outrages me. It has outraged Democratic leaders.

To the absolute contrary, they just seem concerned with almost nothing else than the two words which now serve as substitute for a bio on Trump senior advisor Kellyanne Conway's Twitter account: "We won."

I say they are concerned with almost nothing else, because some of them are concerned with preventing the establishment of a bipartisan, independent commission to investigate Russian interference, which has been proposed by Congressional Democrats.

And they are standing in the way in the most cynical manner possible: McConnell, for example, has called for a probe, but insists it "go through the Senate Intelligence Committee, a non-independent body, controlled tightly by Republicans, which is under no obligation to release its full findings to the public."

That is not the pursuit of meaningful accountability, but a contemptible effort to prevent it.

And to be clear: The Republican leadership, and most of its caucus, are not just shirking their responsibility to investigate what has already happened. They also show no interest in what is coming, with regard to their president-elect's evident but unscrutinized ties to Russia.

His proposals have indicated an eagerness to align American policy with Russia's interests. He offered along the campaign trail, for example, to consider recognizing Crimea as Russian territory and lifting the sanctions against Russia.

And as the New York Times editors observed, even his language has begun mimicking that coming out of Moscow:

Mr. Trump’s instant rejection of the C.I.A. findings as “ridiculous,” based on no review of its work, echoed Moscow’s. “This tale of ‘hacks’ resembles a banal brawl between American security officials over spheres of influence,” Maria Zakharova, the spokeswoman for the Russian Foreign Ministry, wrote on Facebook. Mr. Trump said of American security officials, “They’re fighting among themselves.”

Trump is brazenly enamored with — and increasingly looks beholden to — a foreign power and its authoritarian leader.

If Russian interference in our election is allowed to stand, and Trump's treasonous alliances remain unchallenged, the election interference will not be an endpoint, but the beginning of something far more damaging to this country.

The very foundations of our democracy are at stake, and it is clear that most elected Republicans — with the exceptions of Senators Lindsey Graham, John McCain, and Marco Rubio — are less committed to protecting them than to protecting their president-elect, at any cost.

I have watched John Kerry, a war hero, be diminished as a coward by men who avoided service. I have watched Barack Obama, our first Black president, be subjected to delegitimizing tactics on the basis of his race by people who believe only white people can be truly American. I have watched Hillary Clinton, a woman who has given her life to public service, accused of being careless with classified information by people who now tolerate Russian meddling to destroy the core of our democracy.

All my years have been spent listening to Republicans tell me how it is they who are the great patriots of this nation. That people like me would see America brought to its knees with our capitulation.

Yet now, in this moment, in the middle of a profound and urgent national crisis, with evidence of foreign election meddling and a President-elect whose own fealty to this nation is deeply suspect, the Great Patriots of the Republican Party are nowhere to be found.