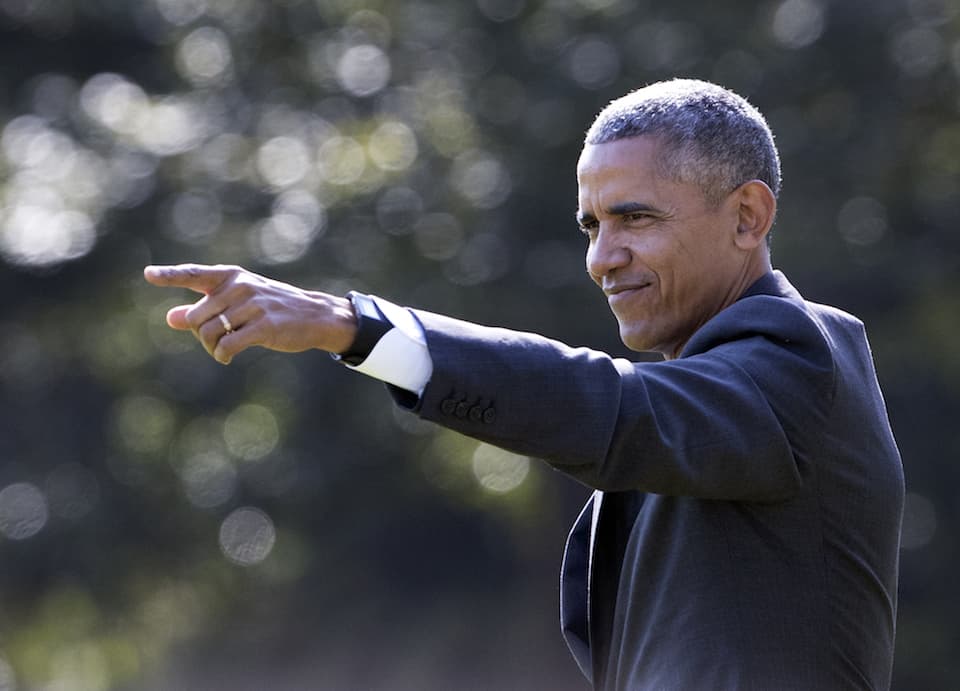 President Obama praised late night host Jimmy Kimmel for his emotional defense of the health care law that allows people with pre-existing conditions to get health insurance, as Republican attempts to repeal the law continue to fail.

In a monologue on his show and a video that has gone viral online, Kimmel told audiences about the ordeal his family recently endured when his newborn son Billy underwent open heart surgery after a defect was discovered. The surgery was successful and the baby was sent home, and Kimmel used his airtime to thank the doctors and nurses who had helped his family.

Kimmel went on to explain to the audience that, before the passage of Obamacare, people with a defect like Billy's would have been classified as having a pre-existing condition and uninsurable. The health care law changed all that, but the repeal proposed by Donald Trump and Republicans would undo those provisions.

If your baby is going to die, and it doesn’t have to, it shouldn’t matter how much money you make. I think that’s something that, whether you’re a Republican or a Democrat or something else, we all agree on that, right?

Well said, Jimmy. That's exactly why we fought so hard for the ACA, and why we need to protect it for kids like Billy. And congratulations! https://t.co/77F8rZrD3P

The provisions mandating insurance coverage for people with a pre-existing condition are among the most popular elements of the law, and the conflict with the Republican Party over removing them while Democrats remain solid in support, is creating a nightmare for Trump, House Speaker Paul Ryan, and the GOP as a whole.

On the other side of the battle are popular figures like President Obama, and now Kimmel, making the case that the likely victims of Republican health care policy are not abstract notions, but innocent children who need real help.