Home National 'We're not getting the job done.' Trump admits his presidency has been...
Support progressive journalism.
Donate today 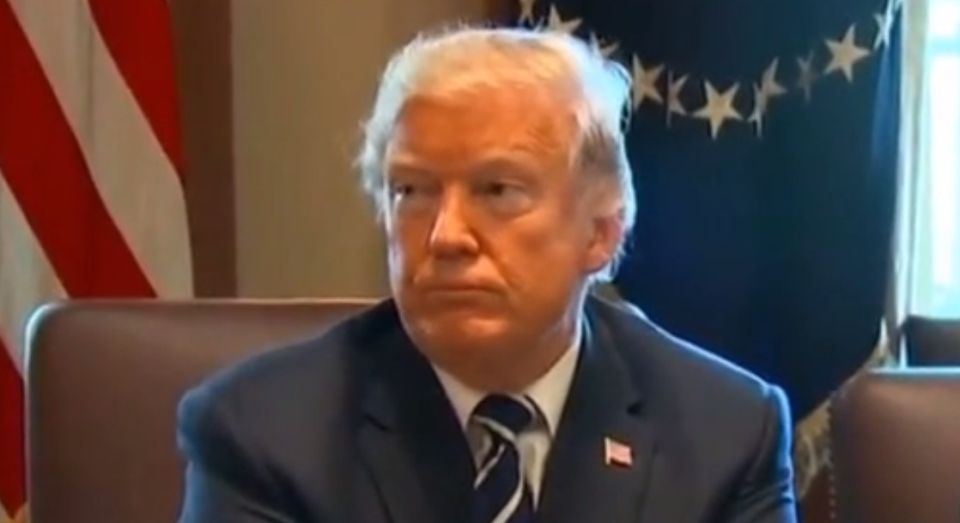 Donald Trump broke from protocol and told the truth about his presidency, admitting that he and his party are "not getting the job done."

Donald Trump was unusually honest in a televised meeting of his Cabinet, admitting he's "not getting the job done" in his presidency.

Trump, perhaps realizing that he had just indicted himself, quickly corrected his statement to blame congressional Republicans for his complete lack of legislative accomplishments.

He was responding to a question about efforts by Steve Bannon, the former White House staffer who is back to running the white supremacist site Breitbart, who is backing primary challengers within the Republican Party.

"We’re not getting the job done," Trump said, then added, "I'm not going to blame myself."

Instead, he said, "they" — Senate Republicans — were failing because initiatives like the attempt to repeal Obamacare have not passed.

REPORTER: Mr. President, do you approve of Steve Bannon's war on Mitch McConnell and the Republican establishment?

TRUMP: Well, Steve is very committed, he's a friend of mine and he is very committed to getting things passed. I mean, look, I have, despite what the press writes, I have great relationships with actually many senators.

Trump said he "could see" where Bannon's campaign against Republicans was coming from. But the failure of Trump's nine months in office have all occurred with Trump in charge and Bannon at his side as his henchman.

While Trump was able to jam through Neil Gorsuch to the Supreme Court, after Republicans stole the seat by refusing to even hold a hearing for a nominee until after Trump's inauguration, his legislative agenda has been a failure.

In large part, it's because his agenda is unpopular. Obamacare continues to increase in popularity, even as Trump tries to sabotage it. His Muslim ban has repeatedly been found to violate the law, in addition to prompting spontaneous, mass protests that humiliated Trump.

While Trump's failing leadership is driving his party apart, Democrats remain united in resisting Trump's agenda and depriving him of bipartisan cover while pursuing a hard-right legislative agenda.

When he tried to lead internationally, America's allies just laughed at him as he belly flopped diplomatically.

His attempt to fund his unworkable border wall idea have gone nowhere, while his proposal to raise taxes on the middle class to give tax cuts to the super-wealthy is already running into roadblocks.

Trump went through the traditional "first 100 days" honeymoon period as one of the most unpopular first-term presidents in American history.

Instead of using his bully pulpit — and his Twitter account — to campaign for his agenda, as President Barack Obama did with the stimulus and later health care, or even George W. Bush did with tax cuts — Trump has used his high profile to golf, endorse white supremacists, and fume about black NFL players.

While it is questionable whether such an unpopular figure could pass his radioactive legislative priorities, Trump hasn't even really tried.

Neither he nor his Republican allies are "getting the job done," and while that is a problem when it comes to his failed hurricane relief efforts or ensuring the security of the health insurance system, it is probably for the best when it comes to his destructive legislation.