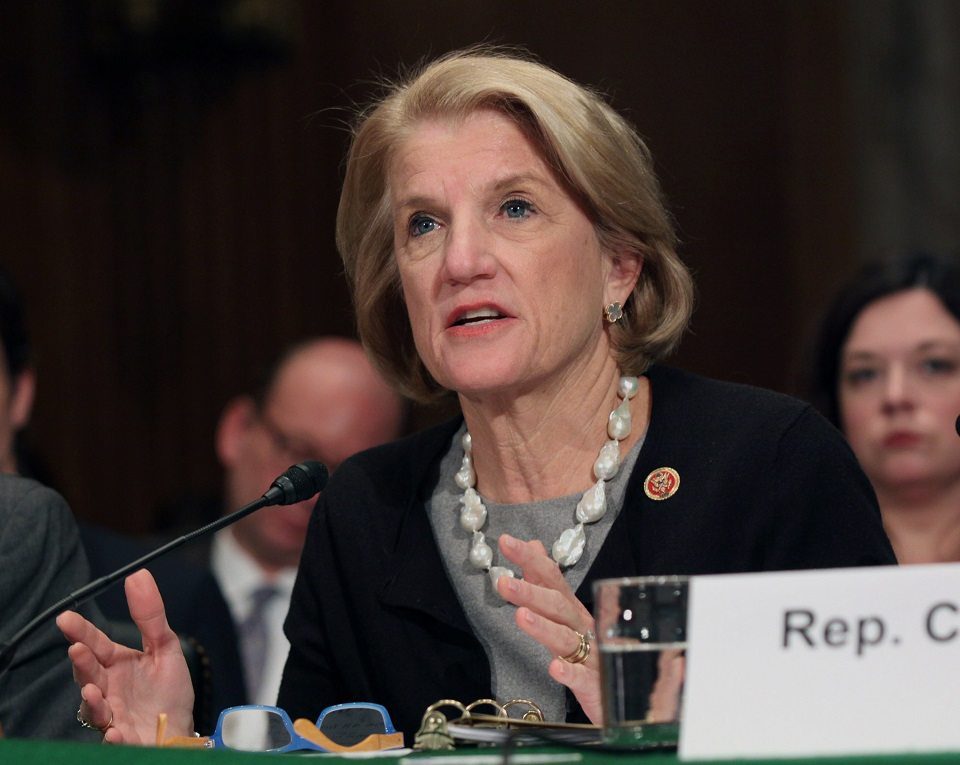 As Republicans bizarrely keep their supposed replacement plan for Obamacare locked in a basement, at least one Republican senator is giving strong voice to one of the many hurdles the GOP faces in their quest to repeal the law.

The fight among Republicans to "repeal and replace" Obamacare is heating up. On one side are people like Senator Rand Paul (R-KY), for whom the secret Republican plan does not go quite far enough in how many people it would throw off of their health coverage.

But CNN viewers got a glimpse of another Republican view when Senator Shelley Moore Capito (R-WV), a Republican from deep in Trump country, offered a reflexive ultimatum to her GOP colleagues in certain states about that replacement plan.

Host Chris Cuomo asked Capito, "Are you convinced that expansion of Medicaid will be in there? Because that doesn't go well with tax credits."

She replied succinctly, "It better be."

Capito went on to point out that there are 31 states that have expanded Medicaid, 16 of which have Republican governors. And there are a lot of Republican senators — some from those states, as well as some in expansion states with Democratic governors — who would need to be convinced by their colleagues at the forefront of the repeal effort to take the politically suicidal step of rolling back the Medicaid expansion, and thereby throwing millions of their most vulnerable constituents off their health insurance.

Republicans may believe they can talk past popular provisions like the preexisting conditions clause with Orwellian language like the "Continuous Coverage Incentive" and bait-and-switch terms like "universal access to health care," but the Medicaid expansion is a stubborn roadblock that is immune to public relations posturing.

This presents a golden opportunity for Democrats to work with the pro-expansion Congressional Republicans to craft a bill that preserves the Medicaid expansion, while including one or more major concessions to Democratic priorities.

For example, Democrats could insist on a public option in exchange for their support, which would enable Republicans to do away with state exchanges while ensuring that insurance companies would be competing with a plan that does not need to make obscene profits.

Such an approach would also have the benefit of solving the Republicans' preexisting conditions problem, and allowing them to retain other popular provisions of Obamacare.

The unattractive alternative is that Republicans manage to sell their more moderate members on an awful plan that has the cosmetic appearance of reform. Such a plan would inevitably become a failure, and would harm millions of Americans in the process. If enough Republicans can be persuaded of a better way forward that allows them to save face, then the Democrats could end up improving on Obamacare, instead of watching its historic gains slip away.