Home National WH listens in on calls between reporters and officials in charge of...
Support progressive journalism.
Donate today 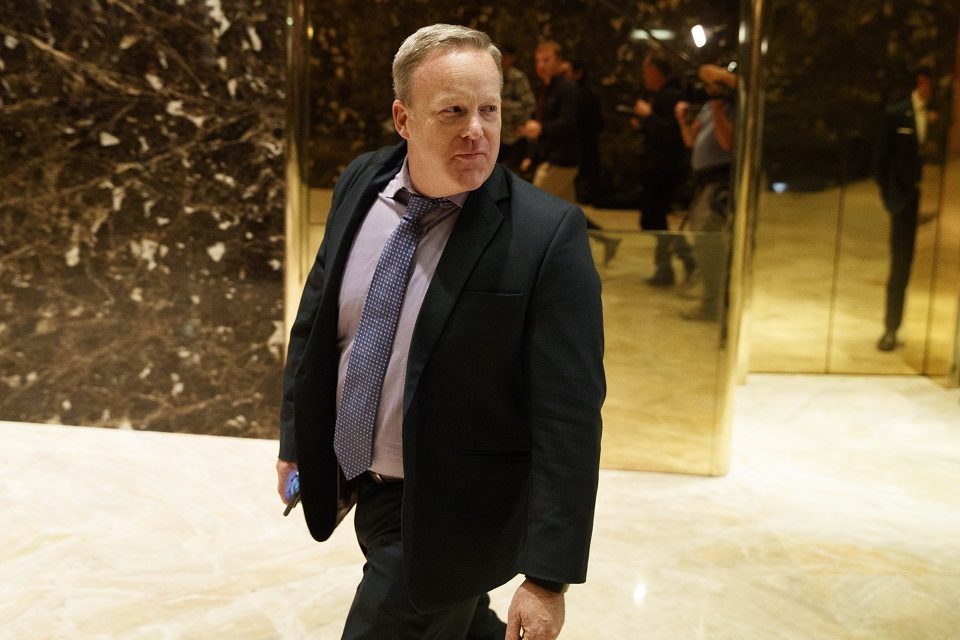 On top of recent bombshell revelations regarding White House attempts to quash a story about Trump campaign contacts with Russia, it has now been revealed that White House Press Secretary Sean Spicer went so far as to listen in on phone calls wherein officials spoke with reporters to attempt to discredit the story.

The Trump administration was already in a panic over the revelation that they colluded with the FBI to push back on reports of Trump campaign contacts with Russia, and that they enlisted Republicans from key committees to assist in that effort. The latest bombshell demonstrates the degree to which White House Press Secretary Sean Spicer personally directed that cover-up.

White House Press Secretary Sean Spicer personally picked up the phone and connected outside officials with reporters to try to discredit a New York Times article about Trump campaign aides' contact with Russia, then remained on the line for the brief conversations, Axios has learned.

Axios' reporting further reinforces what Shareblue has been observing all along: The administration was overselling the authorized anonymous disclosure that the FBI permitted Chief of Staff Reince Priebus to make.

Pompeo and Burr told the journalists that the Times story wasn't true but provided no details, frustrating the competing reporters, according to the official: "Both of them said: All I can tell you is the story is not accurate."

As best we can discern, the only thing that the FBI actually told Priebus was that reports of "constant contact" between the Trump campaign and Russia was "B.S.," and Pompeo's and Burr's failure to go further than that supports that conclusion.

In a bit of understatement, an Obama-era CIA and Pentagon spokesman told Axios "It's doubtful that Congress can conduct an objective and independent investigation into ties between this White House and the Russian government if it is collaborating so closely on media pushback with the White House press secretary."

But this report not only implicates Spicer and Republicans in Congress — it also implicates the director of CIA, along with the already-implicated FBI, in this cover-up.