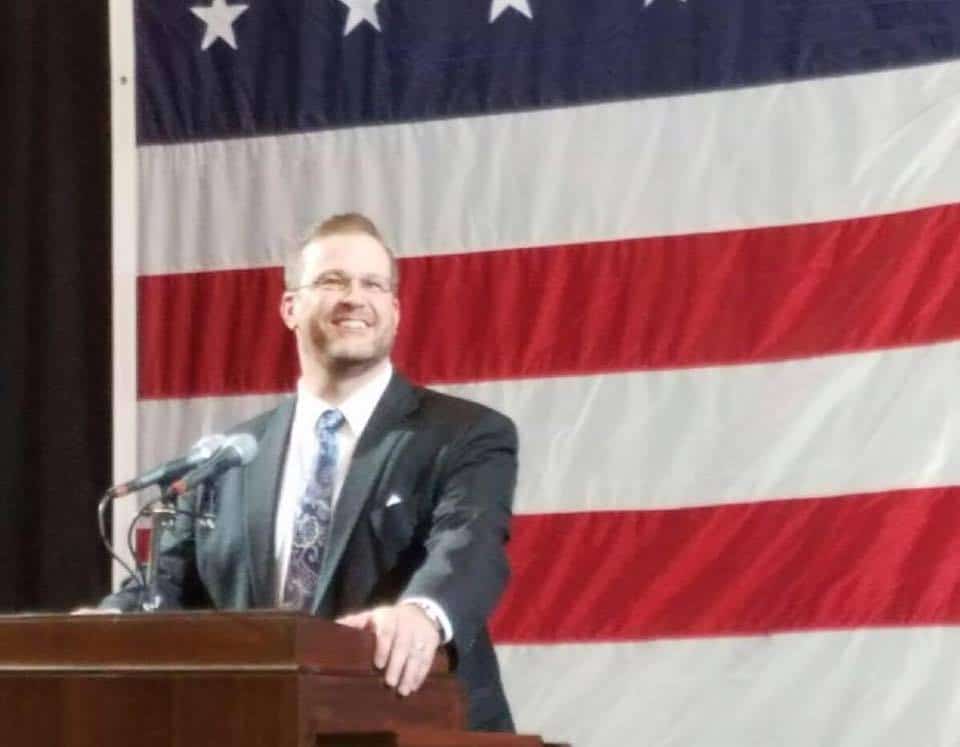 Democratic candidate James Thompson lost the special election for Kansas's 4th Congressional District — but only by 7 points, in an area where Republican Mike Pompeo carried the seat just last year by 32 points. In a race that should never have been competitive, this night just gave the resistance a blueprint to flip seats across the country and take back the House in 2018.

This district, encompassing the city of Wichita and a large part of southern Kansas, was never supposed to be competitive. Republicans have held it for 24 years. It is the district where Republican mega-donor Charles Koch lives. In 2016, Trump carried it by 27 points, while Pompeo himself enjoyed a 32-point blowout last November.

But it became obvious in the final few days that the race was going to be shockingly close. Estes struggled to fundraise, and even some Republican operatives admitted Thompson ran a far superior campaign. At the last minute, Republicans scrambled to save Estes with ads, robocalls from Trump and Mike Pence, and a joint rally with Senator Ted Cruz (R-TX).

Ultimately, Thompson lost, but only by 7 points — a 25-point swing toward Democrats. Despite the fact voter turnout in non-presidential races typically favors the GOP, they underperformed their 2016 results in every single county, most of them by double digits. Early voting indicated even many registered Republicans voted for Thompson.

The results were so promising that Thompson immediately announced he will run again in 2018:

Although Republicans managed to cling to this seat, these numbers should terrify them. Basic math dictates that if the 25-point shift observed in Kansas's 4th District is replicated nationwide in 2018, Democrats could win back the House in a landslide.

There are over 100 Republicans sitting in districts that wouldn't have been heavily GOP enough to overcome the D swing we saw in KS tonight.

According to @DKElections data, there are only 83 congressional districts redder than #KS04 https://t.co/kuQTlhEmHH

There are 30 House Republicans generally considered to be vulnerable.

To be fair, it is impossible to extrapolate a single congressional district to the entire national field, but many of the factors that swung this race could be recreated by Democrats across the country.

While Democrats can benefit from attacking national politicians — Trump's approval rating is in the gutter, and House Speaker Paul Ryan's is outright in the sewer — there are no shortage of unpopular Republicans at the state level as well, people whose decisions more immediately impact constituents' lives. And all signs indicate the GOP is poised to lose governorships both this year and next.

What was more, this may not even have been the best Democrats could do. Thompson accomplished all of this with virtually no help or fundraising from the Democratic Congressional Campaign Committee. While the DCCC did jump in and make calls for him at the last minute when they realized how close the race was, party higher-ups largely sat it out as a lost cause.

There is a valid argument it might have actually hurt Thompson if a bunch of nationally funded ads stamped with the word "Democrat" aired for him; Thompson himself avoided mentioning his party affiliation in his biggest TV ad. But there are plenty of other national organizations without partisan labels who could have stepped in, like labor unions, the League of Women Voters, VoteVets, and so on. This election is a reminder how effective the 50 State Strategy can be, but there is no reason why the DCCC should be implementing it alone.

The Democratic Party must take away the lessons of last night. The national mood has been shaped by anger and resistance, and when Democrats run charismatic candidates who can listen to voters, they will be competitive even in the most conservative parts of the country. Follow James Thompson's lead, and the House — and all of America — will be in play.