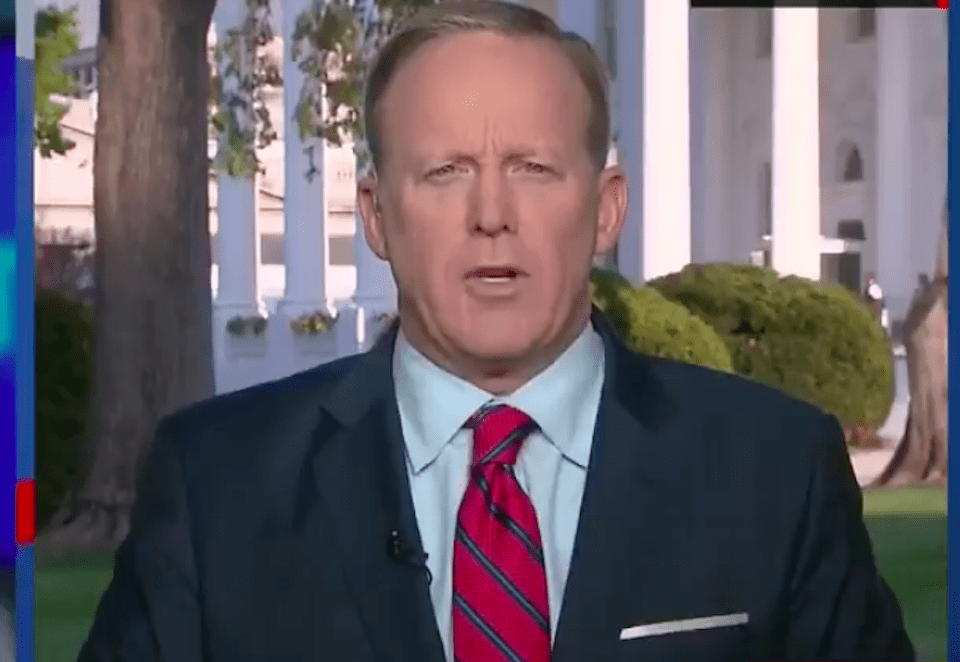 White House Press Secretary Sean Spicer delivered a complete and unqualified apology for his comments about Hitler and the Holocaust, then promptly committed yet another gaffe when he said he did not want to be a distraction from Donald Trump's actions in Syria, and attempts "to destabilize the region."

It has been a long, hard day for White House Press Secretary Sean Spicer.

Spicer sparked outrage when he falsely noted that Hitler "didn't even sink to using chemical weapons," then tried to clean up that gaffe by making it even worse.

Amid demands for his firing, Spicer hastily arranged an appearance on CNN to apologize for the incident.

The apology itself was fulsome and without qualification, but Spicer ran into some more gaffe trouble when he tried to elaborate, telling Wolf Blitzer that he did not want to be a distraction from Donald Trump's actions in Syria:

Spicer literally just said Trump is trying "to destabilize the region" during his #holocaustcenter apology pic.twitter.com/tWrn1rEODQ

It was my blunder, as you put it correctly. And I came out to make sure that we stay focused on what the president is doing, and his decisive action. I needed to make sure that I clarified, and not with, in any way shape or form, any more of a distraction from the president's decisive action in Syria, and the attempts that he is making to destabilize the region and root out ISIS out of Syria.

Spicer has also repeatedly insisted that we need to "stop the deterrence" of chemical weapons, as well as ensure the "proliferation" of them.

Being prone to such absurd verbal gaffes would seem to make someone a poor candidate for a spokesperson. But in the Trump administration, a spokesman who constantly uses the wrong words fits in quite well.