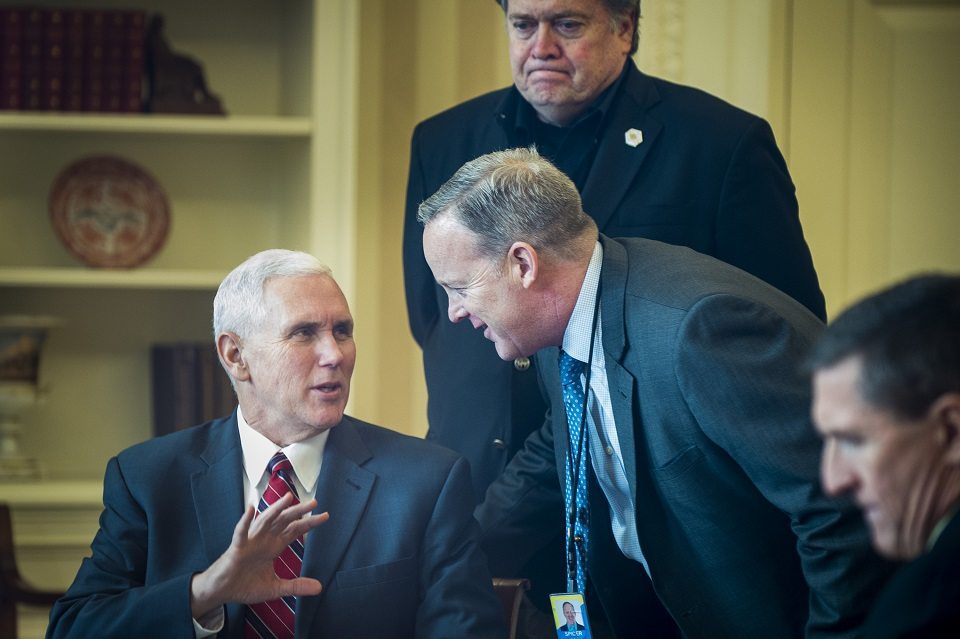 Vice President Mike Pence posed for photos with European leaders, but a new report provides further evidence that it is Steve Bannon who continues to call the real shots.

Before Mike Pence flew to Brussels and declared that the United States was supportive of a "steadfast and enduring" commitment to the European Union, Reuters reports that Donald Trump's Chief Strategist Steve Bannon met with Germany’s ambassador in Washington and gave a completely different message.

The news service, quoting people familiar with the details of the meeting, notes that Bannon "signalled to Germany's ambassador to Washington that he viewed the EU as a flawed construct and favoured conducting relations with Europe on a bilateral basis."

The comments reflect previous reporting on Bannon’s ideological extremism, which supports far right governments internationally and expresses unyielding disdain for international cooperation like the European Union. The EU has often been credited with keeping Europe at peace in the decades after World War II.

Like Bannon, Russia’s Vladimir Putin has also attacked the EU, which along with NATO and the United Nations has acted as a check on his aggressive behavior.

Trump placed Bannon on his National Security Council, an unprecedented move for a political operative, and a break from tradition embraced by recent presidencies from both parties.

And this latest incident yet again shows that is is "President Bannon," and not the Republicans who were on the ballot in November, who continues to call the shots, while putting peace at risk and the lives of millions on the line.