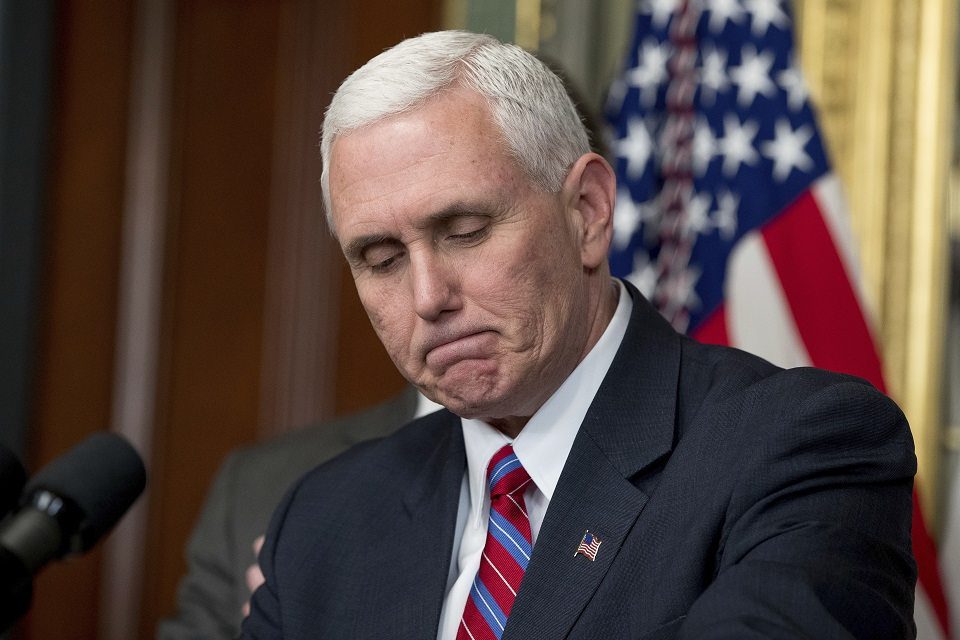 As Governor of Indiana, Mike Pence used a private email address that was compromised and hacked — while he was attacking Hillary Clinton’s use of a private email server.

While he served as Governor of Indiana, Mike Pence used a private AOL email account to conduct state business, including the discussion of sensitive homeland security issues. The Indianapolis Star reports, "Pence communicated via his personal AOL account with top advisers on topics ranging from security gates at the governor’s residence to the state’s response to terror attacks across the globe."

Corey Nachreiner, the chief technology officer at WatchGuard Technologies, a computer security company, told the paper that the email accounts of Pence and Clinton were likely equally vulnerable to attacks.

"In this case, you know the email address has been hacked," he said. "It would be hypocritical to consider this issue any different than a private email server."

Indeed, Pence's account was hacked, and a scammer used the account to send a fraudulent email to Pence’s contacts, claiming that Pence and his wife were stranded in the Philippines and needed money.

And as this was taking place, Pence was on the campaign trail with Donald Trump, leading the drumbeat of criticism of Hillary Clinton for operating a private email server and supporting the FBI's investigation because "no one is above the law." Those dishonest attacks on Clinton were part of the Trump team’s "lock her up" mantra that is still being used by Trump supporters.

Unlike Pence, Clinton’s server was never compromised, yet he said during the vice presidential debate with Senator Tim Kaine, "Hillary Clinton had a private server in her home that had classified information on it about drone strikes, e-mails from the president of the United States of America were on there." He added, "If your son or my son handled classified information the way Hillary Clinton did, they would be court-martialed."

Pence’s AOL emails were not public knowledge at the time, and Indiana citizens were not privy to the information he communicated back and forth on the account.

But appearing on Meet the Press in September 2016, Pence hypocritically condemned Clinton: "What’s evident from all of the revelations over the last several weeks is that Hillary Clinton operated in such a way to keep her emails, and particularly her interactions while Secretary of State with the Clinton Foundation, out of the public reach, out of public accountability."

Pence was fully aware that, as he stoked the media’s obsession with Clinton’s emails, he had his own private account on which he had engaged in reckless behavior, hiding information from Americans and endangering the security of his state.

It was a deceptive and cynical campaign strategy — one that was ultimately rewarded, but for which he may finally be made to answer.